Charts have been circulating on the Internet recently indicating that there are
“too many” Americans receiving disability benefits from the Social Security Administration. News articles have warned that the number of people receiving disability income has reached an “all-time record” and that the high number of beneficiaries could cripple the system and cause Social Security to run out of funding very soon. 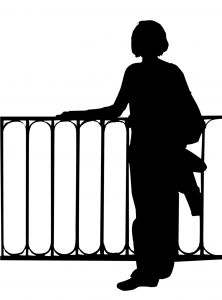 The reality, however, is that while there are many people receiving disability benefits, the actual number of recipients of SSD income is very small compared with the U.S. population and even compared with the number of disabled Americans. Benefits are very hard to qualify for, and most people who need benefits are going to have to get help from a Boston Social Security Disability attorney in order to even get their claims approved. Further, any increase in the number of people who are receiving SSD income is likely caused by the fact that the population is aging and people are getting sicker as they get older.

Considering Whether There are “Too Many” People on Disability

Media Matters of America recently set out to debunk the widespread myth that there are “too many” Americans receiving disability income.

The fact that the number of people receiving benefits is so low may be indicative of the fact that it is actually too hard to qualify for disability income. The definition of disabled is very narrow, and those with short-term medical conditions are not able to qualify for any benefits from federal disability income programs. Further, unless the disabled individual has a specific condition and symptoms listed in the Social Security Administration’s blue book, then he likely will not qualify for benefits unless he can prove his health problem is medically equivalent. The application process takes months and requires proof of impairment from a qualified doctor, and even then most people need to appeal in order to get benefits when their initial claim is denied.

With so many barriers to actually getting benefits, fraud is very low and there are people who should be taking advantage of the SSD system that aren’t. This is the real problem, not the fact that there are too many sick or injured people getting help.