In this third and final installment detailing the changes made by the American Psychiatric Association to its Diagnostic and Statistical Manual of Mental Disorders (DSM-5), our Boston Social Security Disability Lawyers are focusing on conditions that affect everyone from war-weary soldiers to troubled children. 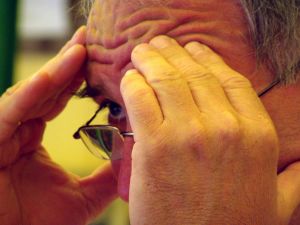 The first of these changes involves updates to the section on Trauma and Stressor-Related Disorders. The definition for Post-Traumatic Stress Disorder, for example, has changed significantly from the previous version. It is now more explicit with regard to how a person might experience events that are deemed “traumatic.” Additionally, a person need not have a highly specific set of conditions, but rather might experience a persistent negative emotional state. Additionally, there had been three major clusters of symptoms before, which had included arousal, avoidance/numbing and re-experiencing. There are now four clusters, as avoidance and numbing are determined to be two separate symptoms. It’s no surprise that the definition for this condition has expanded, as we have had hosts of soldiers returning from war in the last decade, which has widened our perspective on the issue.

There are two ways someone with PTSD might obtain disability benefits through Social Security. Either he or she would have to meet the criteria under Impairment Listing 12.06 Anxiety-Related disorders, or he or she would have to get a medical-vocational allowance, which means even if you don’t meet the criteria, your condition may be severe enough to warrant benefits.

Next up are the changes made to Somatic Symptom and Related Disorders. The APA took steps to combine a number of these disorders in the previous manual so as to avoid overlap that could have been problematic or confusing.

The APA also attempted to clarify on some of the conditions. For example, pain disorder for which there is no physical explanation in the previous DSM version was assumed to be solely associated with psychological factors. This new version indicates that there is significant evidence that there are a number of factors that might contribute, and that could help some individuals to receive a diagnosis more readily.

The next set of changes involves Sleep-Wake Disorders. The major change was that a number of sleep disorders that co-exist with other mental disorders or sleep disorders that are related to a general medical condition have been removed. There is a specification that just because someone has two different disorders, one of them being related to dysfunctional sleep, doesn’t necessarily mean one causes the other and each may require its own unique treatment. Conditions like insomnia, hypersomnolence and narcolepsy – each with its own specific neurobiological and genetic evidence outside of the realm of psychiatry – have been removed from DSM-5. That doesn’t mean one can’t get disability for them, but actually, he or she may have a better chance as the bio-markers are clearer than they would be for the average psychiatric condition.

Finally, the section on Disruptive, Impulse-Control and Conduct Disorders is new to this version of the DSM. All disorders under this umbrella are characterized as stemming from problems with emotional and behavioral self-control. Such conditions include: Oppositional Defiant Disorder, Conduct Disorder and Intermittent Explosive Disorder. The definition of these conditions have expanded to include verbal threats and outbursts, as well as physical outbursts. A severity rating has also been added to offer psychiatrists guidance in diagnosing a condition where many of the symptoms may be present in normal, developing children and adolescents (stealing, talking back, shouting, experimentation with fire, etc.).

Again, many of these conditions may be treated with long-term care and individuals may have no trouble working. But for those who have struggled long-term and find the condition debilitating, help may be available in the form of SSDI benefits.