Earlier this month, the Congressional Budget Office released an update of its annual Social Security and Trust Funds projections, with estimates that disability claims are going to continue to rise sharply. 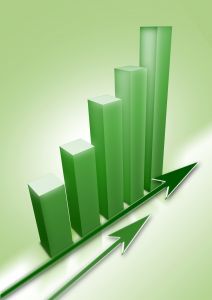 Boston Social Security Disability Insurance lawyers know that what this means the claims-approval process is only likely to grow more difficult. Each request is going to be met with an intense level of scrutiny, as administrators and hearings judges work to appease the politicians and an anxious public. Those claimants who are not prepared or who have not secured the help of an attorney are going to find themselves at a major disadvantage.

Our concern, especially when reports of people taking advantage of the system are hyped for political leverage, is that people with very real and significant disabilities will get turned down or be forced to wait through long delays.

Although numerous media reports have broadcast the most recent CBO report with a great deal of alarm — noting that “Disability Claims are High – and Rising!” — the actual CBO report indicates that there are currently about 11 million total beneficiaries to the program in December 2012. But we’re also discharging those by a rate of about 8 to 9 percent annually. By 2023, it’s expected there will be approximately 12.3 million SSDI recipients nationwide. Given the fact that this includes the increase attributable to both the baby boomer generation and increasing number of aging women in the workforce – this is truly not that severe.

What’s more, the Social Security Administration released its own report last month, indicating that in all of 2012, the number of approved applications compared the prior year was actually about 4.4 percent lower. It was about 7 percent lower than two years prior.

And in January, approval rates were about 16.5 percent lower than they were in December 2012. If anything, the problem is that people with real disabilities are being denied and forced to endure a lengthy and difficult approval process.

You want to think of yourself in these situations as the plaintiff in a civil case: The burden of proof is on YOU to prove why you should obtain benefits, not on the government to show why it shouldn’t. And that standard of proof is high.

The SSA uses a basic five-step process to determine your eligibility. This includes:

There is no requirement by SSDI that you need to have an attorney, but securing one prior to submitting your claim is one of the best ways you can ensure preparedness that will afford you a good shot at success.