Let’s face it: It’s easy to attack the Social Security Disability Insurance program and those who need it. 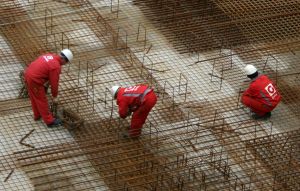 Our Boston SSDI lawyers have heard a lot in recent months about how the rolls are bloated, there’s fraud and people don’t really need this “entitlement program” anyway.

For a moment, let’s set aside the fact that most of these arguments are deeply flawed.

Instead, let’s focus on the more difficult truth that most people don’t want to face. That is, if federal work safety oversight agencies had any substantial funding, staff or muscle, many of those who are currently seeking disability insurance would never be there in the first place.

It’s uncomfortable for us to admit that worker disability can happen to any one of us. It’s doesn’t sit well with many people that our workplaces aren’t as safe as they should be. So we conveniently ignore that and go after the victims.

But if we as a nation are serious about tackling the issue of rising number of workers claiming disability, we need to get serious about preventing those disabilities in the first place. That means putting a premium on workplace safety.

But that’s clearly not happening. A recent investigative report by The Center for Public Integrity gives us a detailed example of one federal agency that is floundering in its responsibility to keep workers safe. It’s the U.S. Chemical Safety Board.

This is the entity that is responsible for launching investigations into dangerous chemical incidents or events and making recommendations that would serve to prevent such events in the future.

Discussion of this particular regulator is especially relevant today, as it just launched an inquiry into the explosion at the fertilizer plant in West, Texas. However, we wouldn’t expect that investigation to be wrapped up anytime soon.

Consider two other major chemical disasters in 2010 – the Tesoro Corp. oil refinery explosion that killed seven people in Washington and the Deepwater Horizon drilling rig that exploded in the Gulf of Mexico that killed 11 people and began the world’s largest oil spill. Those CSB investigations are STILL open today, more than three years later.

What’s more, the board, which decides which of the 200 or so chemical incidents it will investigate each year, has been tapering off its incoming investigations. The number of incidents hasn’t lessened. The board is simply choosing not to investigate as many of them.

Consider that in 2006, the board (operational since 1998) produced a total of nine products, including including three full reports, three safety bulletins and three case studies. The following year, it was eight. Last year, it was two.

Agency representatives say they can’t do anymore than what they are with the cash they have. The agency has a $10 million budget and a staff of 39. Compare that to the National Traffic Safety Board, after which the CSB was modeled, which has a staff of more than 400 and a budget of more than $100 million.

Officials with the agency said they have requested more money and more satellite offices, but legislators have so far rejected those requests.

Hundreds of thousands of people each year suffer from some kind of chemical injury at work. Some are more severe than others, and some may even quality the injured for long-term, federal disability benefits. Thankfully, there is assistance available through SSDI. Call us today to learn more about how we may be able to help you obtain benefits.