In Social Security Disability Insurance (SSDI) benefits cases and Supplemental Security Income (SSI) benefits cases, where a claim is initially denied, the claimant will have to appeal if he or she is to eventually obtain disability benefits.   This will eventually lead to a hearing before an administrative law judge (ALJ) in many cases, and a book known as the Dictionary of Occupational Titles (DOT) will likely play an important role in that hearing. 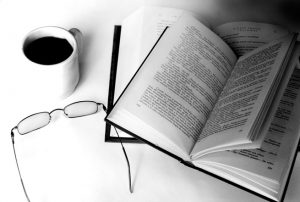 The Dictionary of Occupational Titles is a book (now several volumes) published by the United States Department of Labor (DOL).  DOL  published this book in various editions from 1938 to 1999, originally intended for statistical purposes and for use in workforce development and other agency projects.  It was declared obsolete before the year 2000 and is no longer updated.However, even though this book is considered obsolete, it was, and still is, used by the U.S. Social Security Administration (SSA) to determine if a claimant is disabled or not.  Essentially what happens at a hearing is that the judge will call a so-called expert know as a vocational expert (VE), who works for SSA.  The ALJ also works for SSA.  This is generally know as a subject matter expert and will form an opinion on various hypothetical situations presented by the ALJ.  The vocational expert often has never met the claimant before, and has not examined any records directly related to this case.

As example of how this might work is where ALJ will read the claimant’s medical records and then present a situation. The ALJ might say, if a person suffered from a degenerative disc condition in his spinal court and cannot sit for more than 30 minutes, cannot stand for more than an hour, and cannot bend, crouch, or use a ladder, are they are any jobs in the local or national economies that claimant could do.

At this point, the vocational expert will use his or her knowledge of the Dictionary of Occupational Titles and find that there is a job claimant is capable of doing. The expert might find that this claimant could work as a film checker.  This is a type of photographer’s apprentice that checks photographic film so that it can be properly processed.  This is an actual job that is still in the DOT, because we already know it is an obsolete book.  Not that many people use film cameras for any reason anymore let alone professional photographers.

There are not likely to be many jobs for this type of work in the greater Boston area, but there may be such a job somewhere in the U.S., and that would be used to establish claimant is not disabled since he or she could worked as a film processor in the Western U.S.  While this might  seem ridiculous, this is how the system works.   However, if an ALJ is going to make such a crazy finding, the record had better be supported by adequate justification and evidence or it can be overturned by the U.S. District Court or the U.S. Court of Appeals.

This is one reason why you want to make sure you have an experienced Boston Social Security Disability Insurance (SSDI) lawyer at your hearing who is on your side fighting for a full and appropriate financial recovery. The system is set up in a way that is very unfair to the claimant because the agency wants to pay as little benefits as possible so that it can save money in its insufficient budget. If SSA does have to pay benefits, the agency wants it to take as long as possible so that they can save money that way. This is especially true in the case of unrepresented claimants who are at a significant disadvantage. Claimants should not worry about not being able to afford an experienced attorney.  The reason for this is because the claimant should not have to pay any legal fees unless they are successful and able to obtain benefits.

In a recent case from the United States Court of Appeals for the Ninth Circuit, a claimant had applied for Social Security Disability Insurance (SSDI) benefits and the claim was denied.  A claim being denied at the initial stage is not out of the ordinary since the vast majority of all claims are denied at the initial application stage.  Once the application for SSDI benefits has been denied initially, the claimant must file what is called a request for reconsideration. This is essentially an appeal, but it is done entirely in writing and the documents are only reviewed by an SSA employee who is on the same level as the claims reviewer who denied claimant’s application in the first place .  The next thing that happens after the request for reconsideration is denied, as it most likely will , is that claimant must request a hearing before an ALJ.

In this case, the ALJ denied claimant’s Social Security Disability Insurance benefits on grounds that claimant could work certain jobs in the local or national economy based upon the medical records of claimant including claimant’s actual limitations and the job descriptions and physical requirements of those jobs in the Dictionary of Occupational Titles.

The problem was that claimant could not use both hands and this was not adequately addressed in the record leaving a material discrepancy according to the Ninth Circuit Court of Appeals. For this reason, the court of appeals reversed ALJ’s denial of disability benefits.  They did not award claimant benefits at this time, but did remand the case for further proceedings consistent with its opinion.  This meant that there must be an additional hearing and if the ALJ, still denies benefits, there must be some actual support for the inconsistencies between the testimony and opinion of the vocational expert, the Dictionary of Occupational Titles and claimants inability to use both hands.