In recent weeks, we have been hearing a lot about the issue of gun control. As is obvious to anyone who looks at the news or even their Facebook feed can see that gun control is very divisive issue. There are those think President Obama is trying to take away everyone’s guns, and there are those that have had enough of school shootings and other “active shooter” situations, and they are willing to do whatever it takes to stop gun violence in America. Regardless of what side of the Second Amendment debate you are on, it is not politically expedient for Congress to enact major gun control legislation. 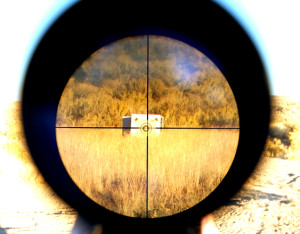 For this reason, Mr. Obama has decided to take matters into his own hands as his administration is winding down and get rid of the so-called gun show loophole through the use of an executive order. Many Americans support the president in this initiative, and many feel that president is usurping Congress and the United States Constitution to infringe on their Second Amendment rights. There does not seem to be any likelihood the majority of Americans will agree on this issue. It should be noted that while you can legally carry as pistol in Massachusetts with a Class A permit to carry, the Commonwealth has one of the strictest gun control schemes in the nation.

One of the major components of this presidential executive order is that background checks will be required if the seller regularly sells more than 50 guns per year. This essentially broadens the definition of firearms merchant to include many sellers at gun shows. Traditionally, gun show sales were not considered firearms transactions and did not require a background check of the buyer.

To enhance this background check, Mr. Obama wants to make the system comprehensive in terms of the buyer’s mental health history. It should be noted that those on both sides of the aisle agree that we should do whatever possible to prevent the mentally ill from purchasing guns.

According to a recent news article from the Baptist Global News, most advocates for the disabled support Mr. Obama’s proposal, but do take issue with one aspect of his plan. They are unhappy that the Brady background check system will be able to access Social Security Disability Insurance (SSDI) and Supplemental Security Income (SSI) payee databases to see if a prospective gun buyer has claimed a mental health disability.

The reason disability advocates have such a problem with this is because it may be another way to stigmatize the millions of Americans who receive disability insurance benefits each month. In the past few decades, the nation has gone a long way toward being more supportive and respectful of persons with disabilities and to group them into a category of people that are deemed too dangerous to own a firearm is seen as a step backwards. This is not to say someone with a mental illness should have a deadly weapon, but singling out the disability benefits recipients might not be the best way to go about accomplishing that goal.