Up until very recently, recipients of SSI benefits – or Supplemental Security Income – were not allowed to build any sort of savings account beyond $2,000. Many have long argued this is a grave disservice, particularly for those individuals who are able to work to some degree. 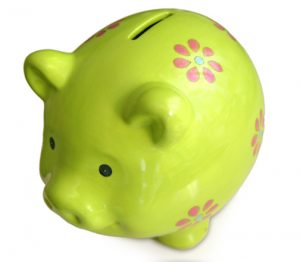 But as The New York Times recently reported, recipients risked losing their much-needed benefits if they started to compile even a meager savings beyond that $2,000. Take, for example, the 27-year-old man with Down syndrome profiled. He works two jobs – one folding towels at a local gym and another taking tickets at a nearby movie theater. However, he was never allowed to keep more than $2,000 in the bank at any given time, otherwise he’d lose the SSI benefits on which he heavily relied.

Now, a new kind of savings account is giving this young man and others an opportunity to begin saving more cash. It’s called an ABLE account, and it allows people with disabilities and their families to save up to $14,000 annually – without losing any benefits.

The road was paved nearly two years ago, when a law was signed adding a provision to Section 529A of the Internal Revenue Code giving individual states the authority to operate and police these accounts, which are akin to the 529 college savings plans that exist. At this juncture, 16 states operate ABLE accounts, and another 10 more are expected to get on board this year. Massachusetts is among those that already offer ABLE accounts, which stands for, “Achieving a Better Life Experience.” These plans offer a new way of saving for the long-term expenses of eligible persons with disabilities.

The accounts can be advantageous because they:

Every state has different rules about the process and maintenance fees. ABLE account balances won’t factor into decisions of eligibility for either SSI or Medicaid or other federal benefits that are tested based on a person’s financial means. The earnings in ABLE accounts aren’t taxed at the federal or state level, and withdrawals aren’t taxed either, so long as they are used for qualified disability expenses. These could be things like:

It should be noted that several states also allow non-residents to sign up.

Although there may be some critics of the program, arguing those who earn a certain amount shouldn’t qualify for government assistance, it’s important to highlight how it all plays out practically. The 27-year-old’s situation chronicled by the Times indicates he makes a total of $5,200 a year from his part-time jobs. In the last nine months, he’s been able to sock away $1,800. His SSI benefits allow him to live independently, his mother says. She too contributes to his ABLE account, and says for the first time, she is able to stash money away for him – something she feared would always keep him below the poverty line, despite him working to the best of his ability.

It’s worth pointing out that Social Security Disability Insurance beneficiaries are not bound by income and resource limits in the same way because SSDI benefits are based on insured status, rather than financial need.

New accounts give the disabled a chance to save more money, Feb. 1, 2017, By Joseph Pisani, Associated Press