Engstrand v. Colvin, a case from the Unites States Court of Appeals for the Eighth Circuit involves claimant who was working as a dairy farmer before becoming disabled. Claimant worked until he turned 47 years old. He had been suffering from various health conditions prior to becoming disabled, but it was his diabetic neuropathy and osteoarthritis which both became unbearable. His last day at work was in July of 2010. 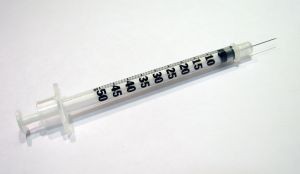 In his claim for Social Security Disability Insurance (SSDI) benefits, claimant alleged he first became disabled in July of 2007. He was initially denied when he applied for SSDI and appealed several times in writing before requesting a formal hearing before an administrative law judge (ALJ).

As our Boston Social Security Disability Insurance benefits attorneys can explain, more than half of all claims for disability benefits are rejected after being filed. This is essentially agency policy and has little to do with the merits of the claim itself. At this point, claimant can appeal the decision, by filing a written appeal; however, a peer (co-workers) of the SSA worker who denied the application the first time typically reviews the appeal. While it is technically possible a denial of benefits will be overturned at the peer review stage of the process, it is best not to rely on such a reversal, because, in reality, they are few and far between.

Eventually, sometimes as much as a year later, denied claimants are allowed to have a formal evidentiary hearing before an administrative law judge, who is supposed to be an independent evaluator offering a neutral review of the denial. However, it is hard to imagine how an ALJ can be truly neutral when he or she is paid by the Social Security Administration and works out of an office and hearing room at the agency hearing and adjudication center.

In Engstrand, claimant was eventually granted a hearing before an ALJ, and the ALJ determined claimant was not disabled and denied all SSDI benefits. As a basis for ALJ’s denial, he said claimant’s testimony about the extent of his disability and the limitations preventing him from working as a dairy farmer were not credible. ALJ also determined claimant’s treating physician, who testified at the hearing, was not an opinion deserving of any deference in the denial hearing.

At this point, claimant filed an appeal with the United States Court of Appeals for the Seventh Circuit. It should be noted, some circuit courts are extremely critical of ALJs’ frequent denial of claimants’ applications for benefits. The Seventh Circuit is extremely critical of improper denials of benefits, and Judge Posner seems to enjoy describing how an ALJ erred in denying claimants’ applications when he is selected to draft the majority opinion.

True to form, the circuit appellate court overturned ALJ’s denial of benefits and reversed and remanded the case for further proceedings consistent with their opinion. The reason for reversing the case was that ALJ’s determination was wrong in his evaluation of the significance of claimant’s limitations on his daily work activities as a diary farmer, and also ALJ did not adequately provide a basis for discounting the opinion of claimant’s treating physician. It would seem that a treating physician who spent a lot of time with claimant and had the best opportunity to evaluate claimant’s health issues would be in the best position to make such an opinion.