Senator Rand Paul has been vocal on the campaign trail about what he considers problems with the Social Security disability benefits program, and how, as he likes claim, the majority of Americans receiving Social Security Disability Insurance (SSDI) benefits and Supplemental Security Income (SSI) benefits are not really disabled, but instead are somehow “gaming the system,” because they like sitting a home and getting a check. 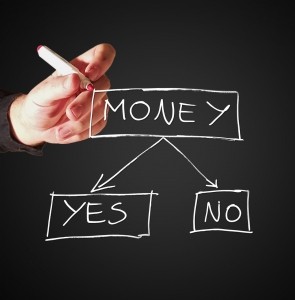 A recent article from Huffington Post takes a closer looks at Paul’s claims and determines them to be “falsehoods” which are also a “disservice” to our nation. With Paul falling farther behind in the polls to win the Republican Party nomination to run for president, Paul has attempted to reignite his campaign by attacking Senator Bernie Sanders and his ideas about the Social Security Disability Insurance program. He does this by attacking those receiving benefits.
Sanders has been campaigning with a promise to expand Social Security disability, and Paul says this is not fair to the American people who are working, and those in favor of Social Security disability benefits will just have to get the job done with less money. In speaking about the disability claimants, Paul said more than half of them are either “anxious or their back hurts, joint the club.”

As our Boston Social Security Disability Insurance benefits attorneys can explain, it is not easy to get disability benefits, and it often requires a rigorous application process and a hearing before an administrative law judge (ALJ). No part of the process is easy, especially for those who do not have a lawyer to assist them during the hearing. It is difficult to imagine that most of the people receiving disability benefits are somehow faking an illness. It should also be noted that a large portion of the Americans on the disability benefits roll are veterans who bravely served this country and risked their safety and health and now are getting repaid for their bravery and service with lies about how they are pretending to be disabled.

It should also be noted that not only is it hard to qualify for Social Security Disability Insurance benefits, as discussed previously, but the United States also has one of the most arduous and lengthy application processes in the world for obtaining disability benefits.

What Sanders is trying to do, and what Rand Paul is very much against, is to remove the income cap on Social Security withholdings from individual income tax. Everyone who works for a living knows how much it hurts to pay taxes. The thing many people may not realize is that workers pay tax to the Social Security program (retirement and disability) on the first $118,500 earned in a year. For most Americans, this cap exceeds their annual income, so all of their income is subject to tax withholdings. On the other hand, a person making $1 million a year earns far more than the tax cap, but only has to pay tax on the first $118,500 for Social Security. In this example, around $880,000 of this person’s income is not subject to Social Security tax, so they are paying a much lower tax rate than the average American as the program runs out of money. Sanders wants to end this practice, and Paul does not.