Most people know that the first time they submit an application for Social Security Disability Insurance, there is a probability it will be rejected. 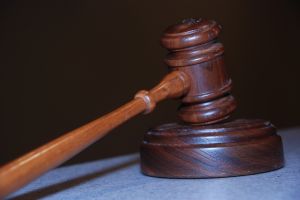 More than 60 percent aren’t going to get approved on their first try. What they may not realize is that beyond that point, there are many different levels of appeal, the last being federal district court.

Our Boston Social Security Disability Attorneys are prepared to fight for your claim every step of the way.

What’s encouraging to know is that with every step of the appeals process, your chances of being approved increases.

Consider that there are an average of 2.3 to 3.1 million federal disability applications each year. Of those, 69 percent go to the initial adjudication level (the rest are denied for technical reasons, usually missing paperwork or employment income is too high).

At that stage, which is before the appeals council, 81 percent are approved.

Now, if you are one of the approximately 20 percent still denied, you still have options.

Here’s what you need to know about that:

After your appeal has been submitted, the court will issue a summons. Either you or your attorney is going to have to serve that summons on the administration at one of its designated field offices. At that point, the administration’s attorney files an answer, which is basically a short explanation of why the agency denied your claim.

There will then be a series of briefs back and forth before a court date will be set and the federal judge will actually sit down to hear both sides.

The judge at that point has one of a number of options. Those are:

If you are considering filing for Social Security Disability Insurance benefits in Boston, call for a free and confidential appointment at (617) 777-7777.