In Glenn v. Comm’r of Soc. Sec, an appeal from the U.S. Court of Appeals for the Sixth Circuit, the claimant was severely injured in a 2007 car accident. She now suffers from a degenerative disk in her spine, a traumatic brain injury (TBI), dizziness, memory loss, and tendonitis. She also has major depression, slow thought process, hallucinations, and a variety of other psychological conditions, including homicidal idealizations. She also has a chorionic skin condition that causes cysts in her groin area that often makes it difficult for her to walk. 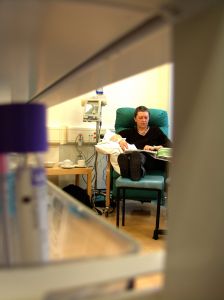 She applied for Social Security Disability Insurance (SSDI) benefits and, after three years of having her claims rejected, she had a hearing before an administrative law judge (ALJ), who also denied her disability claim. She was not represented by an attorney at the hearing before the ALJ.

As your Boston SSDI attorney can explain, for most claimants, the initial application for disability benefits is almost always rejected by the Social Security Administration (SSA). After the first denial, you are allowed to submit an appeal. This appeal goes to a peer review committee that is usually just a single co-worker of the SSA employee who denied your initial claim. This peer review will most likely result in a rejection of benefits as well. At this point, you can request a hearing before an ALJ, though there may be a significant wait time. In Glenn, the claimant had to wait three years.

After the denial by the ALJ, the claimant hired an attorney and appealed the decision to the district court. The court ruled that the ALJ had committed five errors when ruling in this matter, including giving improper weight to the opinion of a non-examining physician. The ALJ will often hear testimony from a doctor paid by the SSA who will likely conclude that the claimant is not disabled. This is supposed to be an independent doctor, and technically he or she is, but if the doctor routinely finds that the claimant is disabled, the SSA would most likely pay another independent doctor the next time to do the evaluation and testify. In other words, it would be bad business to say the claimants are disabled.

While the ALJ’s determination was reversed and remanded, the claimant’s request for costs and fees was denied. The plaintiff appealed that part of the decision to the U.S. Court of Appeals for the Sixth Circuit. Ultimately, the appellate court held that the award of fees and costs was appropriate to compensate the plaintiff. As a claimant, one of the most important things you can do to avoid this type of situation is to get an attorney as early in the process as possible.