Graves v. Colvin, a case from the U.S. Court of Appeals for the Fifth Circuit, involved a claimant who was claiming disability because of anxiety, depression, as well as other types of developmental disorders normally classified as an intellectual disability by the U.S. Social Security Administration (SSA).  She had applied for both Social Security Disability Insurance (SSDI) benefits and Supplemental Security Income (SSI) benefits. 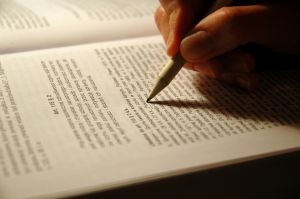 When she first applied for SSI and SSDI, her application was denied.  After she submitted her initial application, SSA denied it.  This is basically standard practice for SSA, even though they will never admit to this, but the reality is that at least half of all applications are initially denied, only to be approved later in the process.

After her application was denied, she then applied for reconsideration in writing.  As your Boston disability attorney can explain during your initial consultation, that is the next step in the process. However, in this case, as with most cases, the written appeal for reconsideration was also denied.  Eventually, she was able to get a hearing before an administrative law judge (ALJ).  An ALJ is not a judge in the traditional sense of the word, as an ALJ is actually hired by SSA, the agency that is denying your benefits, to preside over a hearing to see if you should be granted Social Security disability benefits.

During her hearing before an ALJ, the ALJ asked several questions to a person known as a vocational expert (VE).  A VE is also an employee of SSA, and this person is supposed to be an expert on the concept of a residual functional capacity (RFC) and refers to a book used by SSA known as the Dictionary of Occupational Titles (DOT).  DOT was written primarily in the 1970s with the help of SSA and contains many out-of-date descriptions of obscure jobs.  However, this is the still the gold standard in terms of the SSA during a hearing, unless properly challenged by an experienced Social Security disability attorney.

At the hearing, VE testified that claimant could work many jobs in the national economy as long as she was able to go back and forth between sitting and standing, because she could not do any one of these for a significant length of time without switching.  Based upon this, VE said she had enough of a RFC (her ability to work) to work at many jobs in the local or national economy.   Therefore, her benefits were denied.  She appealed to the SSA Appeals Council, and her appeal was denied.  She appealed to the district court, and a magistrate judge affirmed the denial.  At this point, she appealed to the circuit court.

Her primary issue on appeal was whether the ALJ erred because he did not ask if the VE’s opinion was based upon DOT.  DOT was never mentioned during the hearing. Unfortunately for this claimant, the court found that it was not a prejudicial error to fail to ask about the DOT during the hearing and affirmed the district court affirmance of her denial.