O’Connor-Spinner v. Colvin, a case from the U.S. Court of Appeals for the Seventh Circuit, involves a claimant who was suffering from a degenerative disk disease, severe sleep apnea, restrictive lung disease, obesity, and depression.  In this case, unlike many other Social Security Disability Insurance (SSDI) appeals, there was no dispute as to the existence or severity of claimant’s physical medical condition. 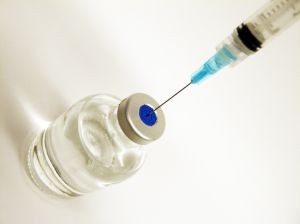 According to claimant, these conditions make it only possible for her to perform light work.  However, her depression made impossible to perform any work.  The singular issue in this appeal is whether her depression did in fact render her unable to work. This was the second time the Court of Appeals had heard this issue, as the claimant had applied for disability benefits earlier, and the court of appeals found the judge had not properly questioned experts in this case.

In this appeal, the court looked at her medical history related to depression.  She had seen mental health professionals through a clinic on three occasions in 2002.  A review of her case file indicated that she suffered from chronic agitation, various explosive mental episodes, violent behavior, memory loss, suicidal ideations, and even attempts at suicide.   As a result of these issues, her neighbor was able to obtain a civil restraining order from the courts.  When all of the symptoms were looked at together, the doctors determined she suffered from what they refer to as an adjustment disorder.

Her doctors gave her a prescription for various antidepressants.  She was also diagnosed as having serious impairment in social, occupational, and educational settings and functioning.   She was seen by a state mental health doctor who determined that even with these conditions, she did not qualify as severely mentally impaired.

As our Boston disability lawyers have seen in far too many cases, some of these mental health professionals that are hired by the agency responsible for awarding benefits, (in the case of Social Security Disability Insurance benefits we are talking about the United States Social Security Administration or “SSA”), we often see them side with the agency by making a finding for a denial of benefits.  While these medical professionals are supposed to be independent of the SSA and render an unbiased opinion, there is no denying they are paid by SSA on a contract and would not likely get more work if they were routinely finding for the claimants.  These agencies want to deny as many claims as possible to save money.

At the second hearing before the Administrative Law Judge (ALJ), the ALJ asked the same state doctor about claimant’s condition and this time determined the depression and its limitations were moderate.  ALJ again denied benefits, and claimant appealed a second time.  This time, after reviewing the court records on the question of mental illness severity, the court determined that ALJ had made a finding that was not only unsupported by the evidence, but was actually contradictory the testimony of experts in the case.  For that reason, the case was reversed and remanded once again.