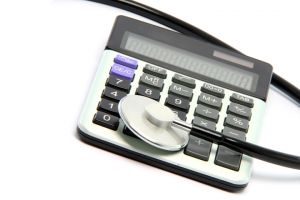 While your disability check should hopefully provide you with enough money to live on since you cannot have a job, the benefits are far from being lavish. For SSI recipients, an eligible individual would receive around $721.00 per month and a couple eligible for benefits would receive $1,082. Earnings for SSDI are usually higher for most people, but are based on your wages over your working life.

Despite the fact that these are modest amounts, SSD benefits have been under attack by advocates of entitlement reform. A proposal called Chain-CPI has been on the table for several years, but the news has surfaced that President Barack Obama’s 2015 budget will not include chained CPI as a proposal. This means that the benefits of the disabled are not going to be cut, at least for now. A Boston Social Security Disability lawyer can help you to determine if you qualify for benefits and what your monthly benefit is likely to be.

Chained CPI is a proposal that affects Cost of Living Adjustments (COLA) that are made annually. Because of inflation and changes in market forces, items like groceries and gas get a little bit more expensive (and sometimes a lot more expensive) every year. If Social Security Disability (SSD) benefits stayed the same and did not increase to keep pace with the rising prices, eventually the buying power of someone on SSD would be eroded.

The Consumer Price Index for Urban Wage Earners and Clerical Workers (CPI-W) is the current formula used for COLA. However, proposals intended to reduce the budget deficit and cut spending had proposed switching to chained CPI.

Chained CPI works differently because it anticipates that consumers will change their buying behavior when things become too expensive or go up in price. For example, when CPI-W is used to determine the Cost of Living Adjustment, then when the price of something (like beef) goes up, this is taken into account when determining whether to increase benefits.

With Chained CPI, however, it is assumed that consumers will switch to a different and lower cost product. Instead of buying beef, for example, the consumer will buy chicken.

Because chained CPI amounted to a stealthy way to cut Social Security Disability benefits, many people objected strenuously to proposals including Chained CPI. Now, in the 2015 budget proposal, President Obama has not included chained CPI as he did last year. This benefits the disabled who can stop worrying about benefits being cut- at least for now. The chained CPI proposal removed likely because it was included only in an effort to compromise on a larger budget deal, which is not going to occur. If compromise comes back onto the table or political winds shift, chained CPI could be back.