Social Security Administration (SSA) officials and members of Congress have been looking for ways to cut spending for years. One of these was a program known as the Ticket to Work. It is designed so a claimant can go back to work at first on a part-time basis without any reduction in benefits. This is meant to address the problem of claimants who would actually prefer to work but are afraid to get any type of employment out of fear their Social Security Disability benefits will be reduced or even cut entirely, if SSA finds out about claimant earning income. 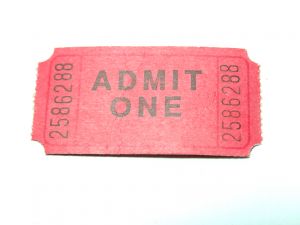 According to a recent news article from the Atlantic, a senior member of a rehabilitation professional association referred to the Ticket to Work program as the greatest disappointment of his professional career.

For many years, before realizing the 1999 program was creating more trouble than it was alleviating, he was a strong supporter of the program. He had once testified before Congress that having a job is much better than being paid to stay at home, and the government should be helping and encouraging people to get back to work.

There were, of course, many financial incentives for SSA to get this program working, because it is estimated that if five percent of Social Security disability beneficiaries went back to work, it would save billions of dollars in benefits payments. The program was, and still is, completely voluntary, and it allows workers trying to get back to work to keep their benefits and insurance, which was a major impediment for claimants going back to the workforce.

When President Bill Clinton signed the program into law, he said working is about more than just having a job or even getting a paycheck. He essentially stated working is fundamentally about each person having dignity in themselves, especially with work being “at the heart of the American dream.”

Unfortunately, the program has not been the big success everyone had once hoped it would become. The article suggested this is because of major flaws in the program’s incentive structure. The Government Accountability Office (GAO) performed an audit of the Ticket to Work program a few years ago and concluded less than one percent of participants (“ticket holders”) were connected with an employer and less than two percent of employers participating in the program had worked with any significant number of ticket holders. Currently, there is a less than three percent participation in the program at any level.

As our Boston disability lawyers can explain, there are a variety of reasons why there is low participation in the program. While many are quick to blame claimants for having a desire to not work and sit at home collecting government benefits, the truth is most claimants are simply too sick or injured to perform any amount of work for any amount of time. SSA is known to make the application very difficult, and, contrary to popular belief, it is not easy for a person to get Social Security disability benefits if they do not have an actual disability.