Individuals can become severely disabled by many different conditions including a serious injury or an illness such as cancer or heart disease. Our Boston Social Security disability lawyers, however, know that one of the leading causes of disability in the United States and throughout the world is depression. 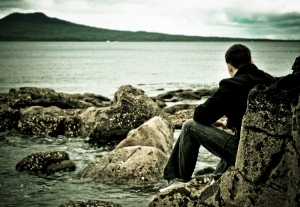 Depression can impact every aspect of a person’s life, making it impossible to even get out of bed or perform basic life tasks, never mind trying to hold down a job. Individuals who are disabled because of their depression can potentially receive disability income through the Social Security Administration, but getting approved for SSD benefits on the basis of depression can be a challenge.

Depression is the Second Leading Cause of Worldwide Disability

Fox News recently highlighted the serious costs to society and individuals as a result of depression. The concern arises as a result of research from the University of Queensland and the Queensland Centre for Mental Health in Australia. This research revealed that depression is the “second leading cause of the global disability burden.”

The World Health Organization (WHO) estimates the number of depressed people worldwide at about 350 million, which is around four percent of the world’s population. The highest rates of major depressive disorders are found in Central America and in Central and Southeast Asia, while Afghanistan leads the world in rates of depression.

What to Do If You Are Disabled by Depression
As the Queensland research shows, depression can happen to anyone and no one is immune from experiencing symptoms of depression. Children as young as three-years-of-age have shown depression symptoms. When a patient is suffering from depression, it commonly becomes debilitating immediately rather than building up over time before eventually causing impairment.

A person who becomes depressed, therefore, might immediately begin to suffer from severe functional impairments that make work difficult or impossible. An individual who is depressed and who cannot support himself can make a claim for SSD benefits provided that the depression meets the SSD criteria set forth in impairment listing 12.04. Depressed individuals may be able to qualify for benefits if:

The depression results in decreased energy, a lack of interest in most activities, and eating, concentration and sleeping problems.
The depression interferes with or causes serious difficulties performing normal activities of daily living (ADLs) or interferes with normal social function.
The individual experience episodes of decompensation, which mean repeated and lengthy periods in which symptoms can become worse.

Because proving depression is more difficult since it is a mental, not physical impairment, individuals seeking disability benefits on the basis of depression must ensure their evidence is very strong as to why they are impaired by their condition and thus deserving of benefits.