The Department of Veterans Affairs has issued a new report indicating it is now spending about $1.2 billion for disability claims regarding and treatment of sleep apnea among veterans. 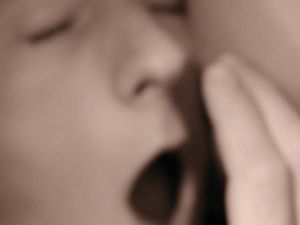 The number of veterans and military retirees receiving disability compensation for this condition was about 115,000 last year – which was nearly double what it was in 2009.

Our Boston Social Security disability attorneys understand that part of this is a function of the fact that there are simply more veterans and military retirees today than there were even a few years ago. We’ve been embroiled in two major wars and numerous conflicts and we’ve sent our soldiers to dangerous and traumatic battlegrounds. Modern medicine means many more are returning than in other previous periods of history – which is great news. But it also means many more are suffering disabilities, sleep apnea among them.

It’s a similar situation to what we see with federal disability claims on Social Security: there have simply been more workers, people are getting older and workplace safety protections aren’t as improved as they should be.

In the same way that pundits have grossly overstated the levels of fraud and abuse in the public sector disability claims, similar arguments have arisen with regard to sleep apnea disability claims for military veterans.

The truth of the matter is that sleep apnea is a very serious condition that can result in severe fatigue, lack of concentration, high blood pressure, heart failure, depression, diabetes and even death. It’s characterized as a serious sleeping disorder in which a person’s breathing is interrupted multiple times when he or she is asleep. A person who goes untreated can stop breathing over and over again throughout the night – sometimes hundreds of times. This results in the person’s brain and body being chronically starved for oxygen.

Even knowing this, the SSA will not automatically grant benefits to someone diagnosed with sleep apnea. One has to prove that the condition is severe enough to have significantly impacted the functions of every day living and that medical interventions have been largely ineffective.

Those individuals who are the most at-risk are men who are overweight, have thick, short necks and are between the ages of 30 to 60. It’s believed that men in the aforementioned age group suffer from the condition at a rate of 10 to 25 percent.

Part of the reason we may be seeing more claims of it recently in the military is that is becoming a more highly recognized condition. Someone who years ago may not have known what was causing their extreme tiredness or depression now may have an answer. Better yet, they may be able to receive treatment.

Such treatments might include use of a nighttime breathing mask, which can often help to alleviate some of the worst symptoms.

However, in some cases, sleep apnea has proved resistant to these interventions. The result of months or years of not properly breathing during sleep will inevitably begin to wear on a person’s body and mind and could most definitely result in that person meeting the qualifications for disability benefits.

If sleep apnea or some combination of conditions including sleep apnea has resulted in your inability to function at work, call us today to see how we can help.