When it comes to your Massachusetts disability claim, what you post on social media could be used against you.

The New York Times is reporting Uncle Sam is taking an increasing interest in what those who are receiving federal assistance are posting to Facebook, Instagram, Twitter and other social media accounts. Social media evidence is increasingly making it into the courtroom. We tell all of our clients never to post anything to social media they would not be comfortable discussing in court. Avoiding social media is the best policy, although we recognize it as a lifeline for the injured and disabled. 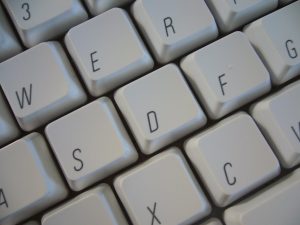 As the American Bar Association reported last fall, the ubiquitous nature of social media has made it an unrivaled source of evidence in the courtroom. In many ways, the law is still catching up to today’s technology, with landmark decision being handed down on an almost monthly basis. Discovery and preservation of social media evidence also continues to evolve, but in the majority of cases where validity of the evidence can be proven it is being allowed into courtrooms, where it is having an outsized impact on judges and jurors.

Our Massachusetts disability lawyers know this will stoke the flames for those who continue to cite Social Security Disability fraud in their quest to reduce payments and cut benefits to our most vulnerable citizens. Sadly, by targeting social media use they are attacking what has become a vital lifeline for disabled adults. Dealing with the financial and physical consequences of a disability is difficult even for the most optimistic. But it’s the attendant isolation — away from the workplace, working through physical rehabilitation or often homebound for days or weeks at a time, social media is often the only thing social about the lives of those dealing with disability.

Many who have suffered a disability are therefore very active online. And when they do get out of the house, or have an opportunity to socialize with friends or family, social media is very likely to witness the occasion. As the Times points out: People are more likely to post a joyous occasion than they are to post about using a wheelchair or lying in a hospital bed.

And therein lies the problem.

The Trump administration has been quietly working on a proposal to use social media evidence to root out fraud claims, the New York Times reported. The White House believes social media could provide a treasure trove of information about people who are applying for or receiving disability benefits.

Last year’s budget request to Congress from the Social Security Administration said it would study whether expanding use of social media would help in making initial disability determinations. The Social Security Administration reports it does not currently use social media in making disability determinations, although inspectors may look at suspicious cases and social media evidence is currently being used by state and local law enforcement agencies.

About 10 million people receive Social Security benefits, totaling $11 billion a month, for an average benefit of about $1,000 month per person. The number of Social Security disability recipients has actually declined significantly in recent years, down 29 percent last year after peaking at 2.9 million in 2010. This illustrates that many who have been on disability have been able to find work they can perform amid the current economic recovery and that most people would prefer to work if they can find appropriate accommodations.

Still, we have written before about the backlog of claims, which has been a time-honored, money-saving tactic of the Social Security Administration. For most applicants, it takes more than 18 months for a disability determination to be made at a hearing before an Administrative Law Judge. In the meantime, people have to live their lives and make the best of it, both financially and physically. But it’s critical that disability applicants avoid posting questionable material to social media, which can be devastating to a claim.

Experienced disability lawyers in Massachusetts know the impact social media has had in the courtroom.

Method of access to social media evidence can be an important factor in fighting admission of such evidence. Courts have generally avoided ordering blanket disclosure of a party’s social media accounts without indication that relevant evidence exists. Setting accounts to private can help keep investigators from getting a foot in the door. But never posting questionable material remains the best policy short of not having an account. Instead of giving opposing party complete access to your account, courts have ordered judicial (known as in camera) review of an account for determination of relevant evidence Offenback v. Bowman, a No. 1:10-cv-1789, 2011 U.S. Dist. LEXIS 66432 (M.D. Pa. June 22, 2011).

A user’s privacy rights are commonly disputed in cases involving social media evidence. However, courts continue to reject those claims, even when it comes to private profiles or instant messages sent between users. In an increasing number of cases, courts have found that sharing information, even among select friends, negates any privacy expectations. Without such privacy exemptions, the relevance of the social media evidence becomes the threshold of analysis for determining its use as evidence in the courtroom.

However, other courts have declined to take the time. In Tomkins v. Detroit Metropolitan Airport, 278 F.R.D. 387 (E.D. Mich. 2012), the judge ruled such reviews were rarely used to determine relevance.

Facebook is among the social media companies who are not voluntarily releasing such information in response to a civil subpoena, citing the Stored Communications Act, 18 U.S.C. § 2701, which limits the ability of Internet service providers from voluntarily disclosing such information. However, the court can order any party to a court case to release information in its possession, and so can require a social media user to execute a release authorization.