After a series of public missteps, the U.S. Social Security Administration is seeking to promote a more positive culture within – and undoubtedly a better public image. These offices, which are formally part of the agency’s Office of Disability Adjudication and Review (ODAR), are located throughout the county to handle appeals of Social Security Disability Insurance (SSDI) and Supplemental Security Income (SSI) benefits claims that are denied. 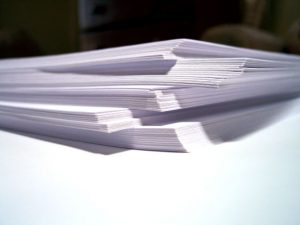 When you first file a claim for Social Security disability benefits, whether we are talking about SSI or SSDI benefits, you will file that application with you local SSA claims office.  Once your application has been received, a claims handler who will most likely reject the application will evaluate it.

This is not hyperbole. As our Boston disability attorneys can explain, the majority of all applications are rejected at first, often with little regard to the merits of the application.  This is done primarily as a cost savings method, since the agency can extend its budget by paying out as little as possible in benefits, even though most applications will eventually require adjudication before an administrative law judge (ALJ) who holds hearings at one of the ODAR locations.

It is the alleged behavior of some ALJs that has caused many of the problems now faced by the SSA and the reason for much of the bad optics.  However, it should be noted that even before these recent cases, there has always been criticism of the way SSA handles claims and the amount of time it takes to handle an appeal.

Specifically, with respect to the ALJs, there have been allegations and admissions that some ALJs have been acting in a discriminatory or sexually harassing manner towards disabled claimants and other employees at the SSA.  This has resulted in one ALJ losing all of his cases, but still being able to keep his job and paycheck.  There have also been allegations against another ALJ, but there has not yet been any discipline.

Where there has been discipline by the SSA, including termination, with respect to the one or more whistleblowers that reported the alleged behavior of the ALJs.  Some members of Congress pointed out that retaliating against a whistleblower is illegal and oversight investigation has been launched into those allegations.

In addition to this, the chief ALJ has recently resigned, though the SSA has not said it has anything to do with the recent scandals, though the timing has led to much speculation that there may be a connection.   Much of this has been reported by the Wisconsin Watchdog, since many of the allegations occurred in an ODAR location in that state, and it is that publication that is discussing the new efforts to promote a “positive organization culture” at SSA.

As discussed in the recent article, a positive organizational culture is phrase that is likely used in sharp contrast to the “culture of corruption” allegations that have been raised by the whistleblowers. Again, much of their recent efforts seem aimed at lessening the negative press that the agency seems to be getting buried under as of late.