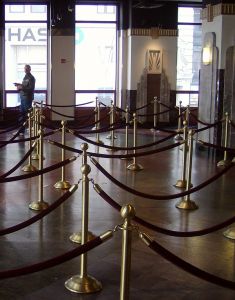 Our Boston Social Security disability lawyers know that office closures and office hour reductions are the result of cost-saving measures implemented by the administration. The agency is operating with about $250 million less this year than what it had requested of Congress, according to figures from the Internal Revenue Service.

Obama had signed off on a stop-gap measure that aided the agency through the end of March, but since then, people are learning – sometimes abruptly – that their local field offices have been shuttered.

Recently in North Philadelphia, there was no warning that the SSA’s field office would close. People just showed up one morning and the office never opened. They were later directed to the downtown location, where the Philadelphia Inquirer reported there hundreds were waiting and staffers were clearly overwhelmed.

In other cases, many SSA offices were forced to close a half hour earlier than they normally would, in an effort to reduce employee overtime. That’s a story that’s been echoed in field offices across the country.

In all, the agency expects to initiate a hiring freeze, alongside the loss of some 3,500 positions nationwide. A total of 19 field offices were closed during the last fiscal year. One of those was the Greenfield location, just outside of Boston. Since fiscal year 2010, the agency has consolidated more than 40 field offices and closed nearly 500 contact stations, according to the administration.

All this has hoisted additional burdens on those who are disabled or are trying to prove their disability with the agency. The agency was already suffering from severe backlog as it was.

A report by USA Today at the end of last year says that average wait times vary from 10 months to two years, depending on the region, with about 750,000 applications pending at any given time. That figure continues to climb as the number of applicants arise with the aging of the baby boomers, who are at the prime age for disability claims.

Shrinking the number of offices capable of processing those requests or the hours worked at those offices that remain open will inevitably result in even longer wait times and cases that become even more bogged down in bureaucracy.

The government is still invested in ensuring that claimants aren’t gaming the system, so the process to gain approval remains complex and cumbersome. Most people are denied outright with their first application.

With the additional burdens placed on the system, it has become all but impossible to make a successful SSDI claim without a good attorney. Even people with disabilities or qualifying conditions that seem fairly straightforward are vulnerable to denial if all the t’s aren’t crossed and the i’s aren’t dotted.

We don’t anticipate the fiscal woes of the agency subsiding anytime soon. Call us to learn more about how we can help assist you with your claim. The process can immeasurably less stressful when you aren’t the one directly dealing with that bureaucracy.