In a recent SSDI case from the United States Court of Appeals for the Fourth Circuit, the claimant was denied an award of benefits after a hearing before an administrative law judge (ALJ).  An ALJ is an employee of the United States Social Security Administration (SSA) that is responsible for hearing appeals when the review staff at the agency has already denied a claimant’s application at least two times in writing. 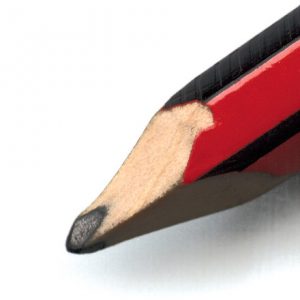 As long as the requests for review are made in a timely manner, the ALJ will hear the appeal, though as an employee of the SSA, the ALJ often sides with the SSA, finding that the claimant is not disabled.  This is especially true in cases where the claimant is not represented by an experienced disability benefits attorney.

The reason for this is because the system is set up in such as way to put a claimant at a disadvantage though the use of expert witnesses employed or hired by the SSA and a complex set of procedures and rules.  The best thing you can do if you are facing a hearing before an ALJ is to contact an experienced Boston disability attorney as soon as possible, so you have someone fighting for your rights to full and appropriate award of Social Security Disability Insurance (SSDI) or Supplemental Security Income (SSI) benefits.

In the present case, claimant argued on appeal that ALJ erred as a matter of law by not following the procedures set forth in 20 C.F.R. 404.1520a.  The C.F.R. is the Code of Federal Regulations.  These are statutes that are enacted by the United States Congress to govern proceedings held before an ALJ at the SSA.  Each federal agency that has administrative hearings is governed by their own set of federal regulations, and they must adhere to the regulations. In this case, there was no question whether the ALJ followed the federal regulations, but the issue on appeal was whether or not this would be considered a harmless error.

If an error is said to be harmless, it does not affect the outcome of the case, and, therefore, the appellate court will generally not disturb the ruling from the lower court.  This was an issue of first impression for the U.S. Court of Appeals for the Fourth Circuit.  This means that the court has never addressed this issue before.  When this occurs, the court will often look to analogous decisions they have made in the past and see if the same logic can be applied to this issue of first impression. The court will also look to how other courts have dealt with this same or similar issue.  While courts in other jurisdictions, other than the United States Supreme Court, are not controlling, they can be used as secondary authority to help steer the court as it makes a ruling.

In this case, the court of appeals held that a violation of this particular rule does not automatically constitute prejudicial error.  However, in this case, the error was not harmless and, therefore, the case was reversed and remanded for further proceedings consistent with its opinion.