When an unrepresented claimant applies for Social Security Disability Insurance (SSDI) benefits, they often have no idea how long the process will take and how difficult it will be to qualify for disability benefits. They have no idea because the average person does not know that even with a legitimate disability that prevents them from working and a letter from a doctor supporting such a position, their application will get rejected at least twice over the course of year and then they will have to get  on a wait list for a hearing before an administrative laws judge. That could take another year or two to get. 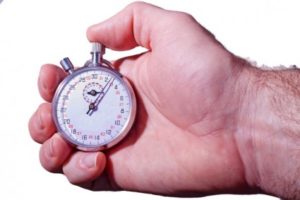 According to a recent news article from the Washington Post, one claimant has been waiting nearly two years for such a hearing, and this is completely expected since the U.S. Social Security Administration (SSA) is dealing with a massive backlog for cases that will need to have that hearing before an ALJ. As our Boston SSDI benefits attorneys can explain, one of the major reasons for this delay is because the SSA does not have enough money its budget to pay benefits on all or even a large percentage of claimants’ applications when only looking at claimants’ with valid claims.  This is due to how the program was set up and the lack of funding that was appropriated over the years.

The Social Security Retirement and Old Age benefits program was established by president Franklin D. Roosevelt as part of his new deal initiatives to bring the country out of the Great Depression.  Decades later, the Social Security Disability Insurance benefits program was created.  It was created so the money would come from people’s paychecks in addition to the federal income tax being levied.  This money was to go into a disability fund and then be used to pay benefits.

The problem is that when the system was set-up, there was no money in the budget cause it was a brand new system.  This would require payments to made into the disability fund for a enough time to fill the fund so that when they actually started paying benefits, there would be money already in the disability fund so that benefits could be paid. This was not however, how the program actually worked as  injured claimants were to start receiving benefits right away.  This required the U.S. SSA to burrow money to pay out the first benefits claim.

When this occurred, the program begin running at a deficiency, and this deficiency never really went away because the next round of funds collected went to pay back that bridge loan leaving the program once again underfunded.  To make matters worse, the SSA has made the program harder for claimants who are genuinely disabled to qualify for benefits, and when they do, it can take around two years to finally get approved for those benefit.

In the article discussed above, a claimant was waiting 597 days and still had not been approved for benefits. This claimant is 55-years-old.  He wakes up every morning and takes 15 pills.  He took his crushes and left his mobile home via a ramp that was installed because he could not longer use the steps and got to the car.  His mother had just pulled up the car to give a ride to his hearing before an ALJ.

He first went to his lawyer’s office with his mother and prepared for the hearing. His lawyer listened to his story once again, and gave him tips on how to respond when on the witnesses stand and what he would expect to see at the hearing. Once the hearing was concluded, his lawyer told him he did a good job, and now they would have go back to waiting as it could take since more months to get an answer.

If a claimant is denied benefits following a hearing with an ALJ, the claimant can request reconsideration before the SSA Appeals Council.  This review however, is discretionary so they can decided not hear the appeal.  If this happens, or if the council hears the cases and affirms the ALJ’s denial, the claimant can file a case against the director of SSA in the U.S. Federal District court in which jurisdiction is proper.  If this does not result in benefits being awarded, claimant can appeal to the U.S. Circuit Court in which jurisdiction is proper.  This is typically the end of the line in terms of appeals.  At this level, the court either affirms the denial, or reserves the denial.  The court can either enter an award of benefits at this time or require the ALJ to continue the hearing and issue a ruling consistent with its opinion.