More than 100 defendants have been indicted on charges that they sought to defraud the Social Security Administration of disability benefits by feigning physical and mental illness. 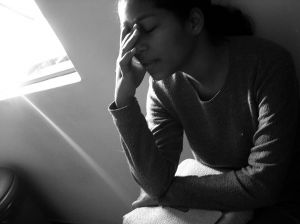 Officials say the retired New York City firefighters and police officers were coached on how to behave and what to say during their medical exams. Those who had worked during the 2001 terrorist attacks were reportedly instructed to detail their fear of skyscrapers and airplanes and told to reiterate that they were unable to leave their homes.

Many of those individuals were successful in securing SSDI benefits. However, officials say their Facebook pages revealed a much different narrative. Claimants who attested to being terrified to leave their homes were seen in posted photographs flying helicopters, playing basketball, riding motorcycles, fishing and more. Officials say the fraud may involve as many as 1,000 people and may go back as far as 1988, which, if proven true, would be the largest fraud ever perpetuated on the SSDI program.

If these allegations prove true, few will be more disappointed than our Boston Social Security Disability attorneys. Such abuses are not just an assault on the system, but on those who legitimately rely upon it in order to survive.

The worst part of it is that even though this kind of fraud is extremely rare, politicians, talking heads and administrative leaders will undoubtedly use it as a means to tighten the already stringent standards that one must meet in order to secure federal disability benefits.

Already, the U.S. House of Representatives’ Committee on Ways and Means has held a hearing to examine these allegations out of New York City. Of course, close scrutiny of such serious allegations is warranted.

But what is troubling is that incidents like this promote the false assumption that SSDI fraud is common or somehow easy to accomplish. This is far from truth.

Those agencies that serve as watchdogs of the Social Security program – including the Ways and Means Committee and the Social Security Administration’s inspector general have each reached conclusions and issued reports indicating that disability insurance fraud is extremely rare.

There is a misconception that those who collect these benefits are taking taxpayer money. In fact, these are workers who paid into this system. It’s an insurance program for which they have paid. It’s the librarian who suffered a traumatic brain injury after being struck by a car on her way to work. It’s the auto mechanic who has been diagnosed with terminal cancer. It’s the teacher who has been diagnosed with kidney disease and can no longer spend eight hours in the classroom because she must attend dialysis four days a week.

These are hardworking people who are unable to work. SSDI benefits allow them and their families to stay out of poverty. The average recipient, after enduring a year or more of the application process, will receive an average of $1,130 monthly. These funds allow former workers to buy groceries, necessary medications and provide for other basic needs.

It’s not enough that someone is simply out-of-work. He or she must prove they cannot work, and the government applies rigorous standards to determine this. So strict is this standard that only about 40 percent of total applicants are approved.

Many of these individuals suffer from terminal illnesses. In fact, recent analysis by the Center on Budget and Policy Priorities indicated that people who collect SSDI are three times as likely to die as other people their age. Approximately one out of every five SSDI recipients will die within five years of receiving benefits.

There is often a lot of talk about the enormous growth of SSDI rolls in recent years. While it is true that the program is serving more people than ever before, this is due almost entirely to demographic changes – which have been anticipated for decades. The baby boomer generation is entering into the high disability years. Women who entered the work force in great waves in the 1970s and 1980s are now insured, whereas women in the past typically were not. Plus, our population in general has expanded.

All of these has meant that it was inevitable SSDI rolls were going to grow. Fraud has nothing to do with it, despite the rhetoric.

If Congress truly wants to attack fraud within the system, it should bolster anti-fraud investigation efforts and hire more administrative law judges to reduce individual case loads. However, so far, it has done neither. Instead, the proposals gaining the most momentum are those that propose further slashing the program – which makes little sense considering the number of those in need are only expected to grow even more.