Millions of Americans rely on disability benefits from the Social Security Administration as their sole source of income if they are not able to work. For Social Security Disability Insurance (SSDI) recipients, benefit amounts are set based on your work history, while Supplemental Security Income (SSI) benefits are set based on need. Both SSDI and SSI benefits have annual caps, but also have periodic increases in the amount of benefits paid. These increases are called Cost of Living Adjustments, abbreviated COLA. 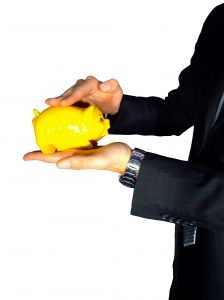 Our Boston disability insurance lawyers know that Cost of Living Adjustments are necessary because otherwise the value of SSD benefits would be eaten away by inflation. As the price of food, housing and gas go up, the value of the dollar goes down and if your benefits do not increase to keep pace with inflation, your buying power would be significantly reduced. Unfortunately, Fox News suggests that preliminary figures reveal the COLA increase next year will be one of the lowest in decades.

Cost of Living Adjustments Likely to Include Only a Small Increase

In 1975, automatic adjustments were adopted not just for the SSD benefits program but also for veterans’ benefits, federal pensions and the Social Security retirement system. The automatic annual adjustments are made based on the results of the inflation report released by the Labor Department.

The report intended to be released in September of 2013 that will dictate the COLA increase for next year was indefinitely delayed as a result of a 16 day government shutdown that began on the 1st of October. However, while SSD benefits recipients wait for the report and the official announcement on their COLA increases, an early analysis by The Associated Press indicates that the benefits will increase next year by just 1.5 percent.

The increase is reportedly expected to be so small because consumer prices measured by the government have not increased very much over the past year. Still, the nearly 58 million disabled workers and retirees receive an average payment of just $1,162, with SSDI recipients getting an average of $1,130/month and the eight million SSI recipients getting an average of $500 month. This means that a 1.5 percent raise would increase the monthly payment by less than $20. This is hardly enough to make a substantial difference for those who rely on SSD benefits as their only income.

Still, the benefits available are better than having no source of income, and those who are disabled but not yet receiving benefits should begin their applications for SSD as soon as possible as there is an extended waiting period before an application is reviewed and benefits are awarded.