The Social Security Disability insurance program has been under fire in recent months, with lawmakers calling for changes and reports on 60 Minutes and NRP suggesting the system is rife with fraud. Unfortunately, many of the claims that have been made in recent months, including those from lawmakers arguing for changes to the program, are based on misunderstandings of the benefits offered and of the way in which the SSA administers the disability benefits programs. 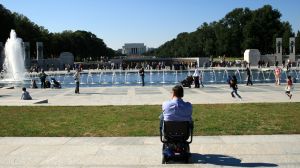 Our Boston Social Security Disability lawyers know that SSD benefits are the sole source of income for many disabled adults and families throughout the United States. The benefits are given only to those who truly cannot work and qualifying for benefits is already very difficult. Any changes made to the program should aim not to make it harder for applicants to get benefits but instead to streamline the process and provide for a better social safety net for those who are too disabled to work Fortunately, there are many advocates for the SSD program and Think Progress has recently highlighted Nine Facts That Prove Disability Insurance Isn’t a Giant Boondoggle.

Defense of The Social Security Disability Benefits System
According to Think Progress:

These facts highlight how important the SSD program is and how much it is needed by those who receive disability benefits.