While strokes are uncommon for those under the age of 50, they are becoming a leading cause of disability and debilitation. Individuals who suffer from a stroke may be unable to speak or write, lose mobility, and suffer from facial paralysis. According to recent reports, nearly 30% of stroke suffers will face challenges dealing with everyday life, even years after a stroke. This new study indicates that even youth provides a limited protection against the ravaging long-term impact of a stroke. 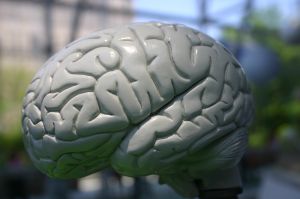 Strokes are much rarer for young adults and only 10 percent of victims are between the ages of 18 and 50. Still, strokes in young people are more common that many people realize. Many strokes are caused by blocked arteries (also known as ischemic strokes) that can occur in young adults, even adolescents. Our Boston Social Security Disability Insurance lawyers are committed to helping victims of stroke and other disabilities. We know that the financial burden of job loss after disability or illness can make recovery an even greater challenge. It is our priority to file your claim in an effective and timely manner so that you can recover the benefits you need to move forward.

The research on young stroke victim disability was conducted by a team of Dutch neurologists at the Radbound University Nijmegen Medical Center. The team tracked the victims of 722 young victims who suffered their first stroke between the ages of 18 and 50. Young victims will often suffer long-term and permanent consequences of a stroke. The researchers found that after an average of 9 years, one in three victims still required assistance as a result of lingering disability. These disabilities were at least moderate and many were very severe.

The most severe strokes are known as hemorrhagic strokes which are caused by bleeding in the brain. These strokes most often lead to the greatest disability. Ischemic strokes, however, can also result in “mini-strokes” later on. Where the elderly can suffer very severe physical consequences, young victims will endure a more severe economic hardship because they are being taken out of the workforce during their most productive years. Victims of stroke may not be able to work, but even more tragic, they may be unable to manage daily tasks or care for themselves.

Research from this study was published in the February issue of the medical journal, Stroke. The study also indicated that those who suffered a second stroke were at risk of greater disability. Neurologists pointed out that patients who seem to recover a majority of their motor functions may also suffer from ‘invisible’ damage that could lead to long-term disability. Rehabilitative efforts and treatments can improve the opportunity for survival, but doctors admit that for young patients, problems could persist for years, decades, or a lifetime.

Even with therapy, a full-recovery could be a long way down the road, or unlikely. Having financial benefits and support can help ease the hardship faced by victims and their families.