When people think of Social Security disability programs, they are often thinking of the Social Security Disability Insurance (SSDI) program. This program is designed for people who worked a certain number of years, depending upon claimant’s age, and then suffered a disability. It is essentially a government run insurance program where, instead of paying a premium to a private insurance carrier, workers contributed a portion of their income to the Social Security Administration (SSA) by means of a Social Security tax. In should noted for reasons important to the projected budgetary crisis facing disability insurance, it is not the same fund used for Social Security retirement benefits. 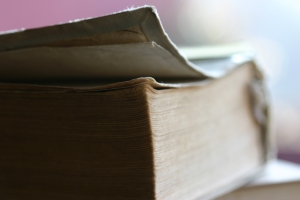 However, SSDI is not the only disability benefits program the SSA runs. There is also a program for children and low income elderly Americans suffering from a disability known as Supplemental Security Income (SSI). SSI requires certain disabilities, and a low income, but does not require claimants to have a work history, as does SSDI.

In Zavalin v. Colvin, an SSI appeal from the United States Court of Appeals for the Ninth Judicial Circuit, claimant was born in Russia and had suffered severe impairments since childhood. His disabilities include cerebral palsy, a severe speech disorder, and a learning disability. Claimant and his family moved to the United States when he was 13, and he began receiving SSI benefits.

When claimant turned 18, SSA reevaluated his eligibility for SSI benefits under guidelines for adult claimants. SSA determined he was no longer disabled, and claimant requested a hearing before an administrative law judge (ALJ). During this hearing, several witnesses testified, including a vocational expert (VE). Boston SSI attorneys understand a VE, while supposed to be an independent expert, is essentially employed by SSA and normally makes an opinion with the effect of denying disability benefits.

At this hearing, ALJ asked VE a complicated hypothetical pertaining to claimant’s work abilities. VE answered ALJ’s hypothetical using SSA’s antiquated “Dictionary of Occupational Titles” (DOT) published in the 1970s and determined there were jobs in the national economy a person with claimant’s disabilities could do. Note since this is a hypothetical, the answer is formed in the context of some like claimant, rather than claimant himself. VE testified this hypothetical person could work jobs like monitoring surveillance footage or other “simple jobs.”

Even the DOT states a surveillance system monitor must exhibit “level three reasoning” and be able to solve complex problems and have an understanding of oral, written, and diagrammatic instructions. ALJ, however, did not ask VE how a person who could only perform simple jobs could perform the tasks required for this job.

When ALJ denied claimant’s appeal for benefits, he appealed to the United States District Court, who summarily affirmed ALJ’s denial of SSI benefits. At this point, Claimant appealed to the Untied States Court of Appeals for the Ninth Circuit.

In this final appeal, judges reserved ALJ’s findings and District Court’s summary review, and remanded the case for further proceedings consistent with its opinion. Appeals court stated it was persuaded by ALJ’s reasoning a person with claimant’s severe impairments could perform level three reasoning. ALJ’s findings were apparently based upon his finding claimant had graduated high school.