Alaura v. Colvin, an appeal from the United States Court of Appeals for the Seventh Circuit, involves a claimant who was hit in the back of his head by an attacker armed with a barstool. The 22-year-old claimant suffered a shattered skull as a result of the attack. 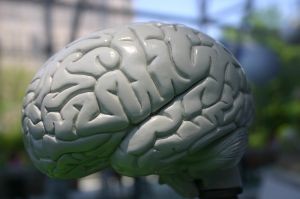 After victim was hit with the bar stool, first responders rushed him to a local hospital, where he was immediately taken into surgery. Due to his traumatic brain injury (TBI), surgeons had no choice but to remove a part of claimant’s brain and place a metal plate on his skull to protect him from additional brain damage. This highly invasive surgical procedure is known by neurosurgeons as craniotomy.

While he was fortunate to survive this horrific attack and his subsequent surgical procedure, claimant was left with serious neurological disabilities. He suffers from severe headaches classified as “post-traumatic” in nature. Claimant also suffers from a neurological disorder known as occipital neuralgia, dizziness, loss of concentration, and nerve damage running from his neck to his scalp. He is left dealing with extreme pain in his head and neck. This pain continued for more than a year despite his repeated attempts to seek treatment, and claimant filed for Social Security Disability Insurance benefits.

Despite being severely disabled as a result on a traumatic brain injury, claimant’s application for SSDI benefits was initially denied. This is nothing out of the ordinary, since most applications are initially denied. However, when claimant was finally granted a hearing before an administrative law judge (ALJ), claimant’s application was again denied, and claimant appealed this denial. Eventually, his claim was heard by the United States Court of Appeals for the Seventh Circuit.

The reason ALJ denied claimant’s application for benefits was because he felt, while claimant had several issues, they were merely “trivial obstacles” that did not prevent claimant from seeking and holding full-time employment. On appeal, this case was heard by Judge Posner, who is well known for being very skeptical of ALJ’s denials of legitimately disabled persons’ claims. In a manner consistent with many of his other opinions, Judge Posner described the ALJ’s denial as “thin” in terms of logic and evidentiary support and reversed and remanded the case for further proceedings consistent with his opinion. He also noted ALJ looked at each issue separately and made no effort to look at the combined effect of all claimant’s neurological issues and how they were disabling when taken together.

Call our Boston SSDI benefits attorneys for a free and confidential appointment at (617) 777-7777.