For most of last year and even before, there was a lot of news coverage about how the Social Security disability fund would run out of money in late 2016. At that time, it was calculated, the United States Social Security Administration (SSA) would only have enough money to fund 81 percent of the total needed. 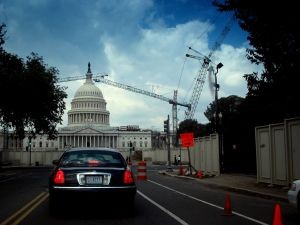 In other words, there would only be enough money to pay 81 percent of all benefits, so based upon agency regulations, all benefits would be cut by 19 percent in late 2016. For the roughly 10 million Americans who are living off a maximum of $1080 per month in benefits, a cut of 19 percent would make it extremely difficult to make ends meet and take care of themselves and their families.

At first, many politicians in the GOP said they would not vote to increase the budget to prevent this financial cliff as it was often called, unless there were major changes to how the program is administered, thus reducing the number of people receiving benefits. This was especially true of the candidates for the GOP presidential nomination, such as Senator Rand Paul, who was among the most outspoken on this issue. As it turned out, Congress agreed to add a few more years of funding to the program, because it is bad politics to leave millions of voters without benefits in the middle of primary season.

While it seemed this issue would have gone away for a least the near future, it seems it is still making news again, as a recent feature from The Hill describes how two United States senators are asking for more changes to the program to prevent this from happening again. The senators are James Lankford, a Republican from Oklahoma, and Joe Manchin, who is a Democrat from West Virginia.

However, these changes are not to provide more money to the program, but to make the application process more difficult. This is to allegedly prevent people from committing disability benefits fraud or from claiming to be more sick they they really are to get benefits. This is often referred to as malingering.

There is also a misconception that it is very easy to get approved for Social Security Disability Insurance benefits, when, in reality, the system is already set up in such a way that makes it rather difficult to get approved for benefits. This is even more so in the case of a claimant who is unrepresented during the applications and appeals process. A claimant who is represented by an experienced disability attorney has a much greater chance of receiving a full and appropriate award of benefits.