Miller v. Commissioner of Social Security Administration, a case from the United States Court of Appeals for the Sixth Circuit, involved a claimant who was a single father. Prior to becoming disabled, claimant worked as a security guard, material handler, bouncer at a local night club, and machine operator. 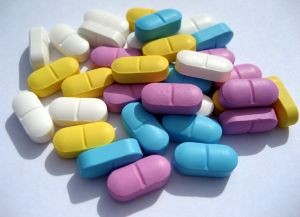 Claimant did not return to work at the nightclub following this injury and instead filed a disability application. In this application, he said he was entitled to Social Security Disability Insurance (SSDI) benefits and Supplemental Security Income (SSI, which is another program administered by the United States Social Security Administration (SSA)). As part of the application process, claimant was required by SSA to undergo a series of medical examinations to document the nature and extent of his injuries, as is often the case in Social Security disability cases.

After SSA denied his application, claimant attempted to go back to work at the nightclub, but he was quickly let go because he was not able to do his job properly. In the meantime he had filed a timely appeal, and, in that appeal, the court held that ALJ decisions with respect to claimant’s residual functional capacity and mental health issues were not supported by the evidence and remanded the case for further proceedings consistent with its opinion.   However, the ALJ again made a finding claimant was not disabled.

At this point, claimant appealed to the United States District Court, and that court affirmed ALJ’s denial of benefits, so claimant appealed to the United States Court of Appeals for the Sixth Circuit. During the appeal, the court agreed with the first appellate court that ALJ’s findings were not supported by the evidence and his conclusions were not supported by SSA rules and regulations governing disability proceedings.

While we often hear politicians claim it is too easy to get Social Security disability benefits, we know this is obviously not the case. In fact, the system is set up in a way that makes it very difficult for claimants to get benefits, and this is very much the case when a claimant is not represented by an experienced Boston disability benefits attorney. One of the reason these cases can be so difficult is because SSA is supposed to use independent judges and experts to make a fair determination of whether or not a claimant is disabled, but all of these people are not independent, as they are employees or contractors of SSA.