There is a misconception that depression is a minor ailment, something that is “all in your head” or reversible with a simple outlook adjustment. 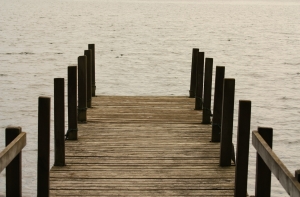 Our Boston Social Security Disability Lawyers recognize it for what it is: a chronic, clinical impairment that in some cases is not only incredibly debilitating, but sometimes fatal. In fact, research has shown that 15 percent of those diagnosed with depression – or one out of every six – will commit suicide at some point. Many more will attempt it.

Treatment isn’t always effective, even when followed to the letter. For many, it’s a lifelong struggle. That’s why the Social Security Administration has taken care to formally recognize it in its impairment listings, specifically Section 12.04 under Affective Disorders. In order to meet the listing, one must have been diagnosed by a medical doctor with depressive syndrome which has been medically-documented in its persistence as having been accompanied by a combination of four of the following:

These must be accompanied by at least two of the following:

Or, a documented history of chronic affective disorder lasting at least two years that has limited work functions and has been accompanied by at least two of the following:

Recently, The New York Times published an article regarding a new approach to depression that many doctors are exploring. It’s called transcranial magnetic stimulation. It uses magnetic pulses to stimulate certain parts of the brain believed to be involved in mood regulation. Unlike electro-shock therapy, this kind does not produce seizures. It’s approved only for patients whose use of antidepressant drugs has proven ineffective.

Of course, this kind of treatment is in its infancy. The American Psychiatric Association’s practice guidelines say the benefits of TMS are “relatively moderate.”

Other forms of treatment, such as medications, can have a number of debilitating side effects just on their own. We understand that treating depression is not as simple as taking a pill. It’s an ongoing, daily struggle. For those who have been rendered unable to function or work as a result, there is help available.