The American Medical Association recently made headlines by formally declaring that obesity is a disability. 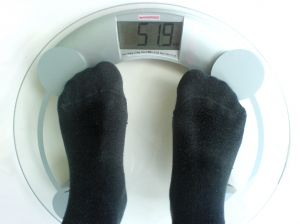 Already known to be a serious health issue, the ruling is intended to force the medical community to peer beyond the cosmetic consequences and delve into territory they may have otherwise made them uncomfortable in order to confront the serious short- and long-term medical consequences of being overweight.

Our Boston Social Security Disability Insurance attorneys know that what this won’t do is give an automatic pass for federal benefits to anyone who is overweight. What we hope it will accomplish, in addition to improving the dialogue between physicians and patients, is to lend a greater legitimacy to claims of disability for those who are morbidly obese to the point that it has become debilitating.

Many don’t realize it, but obesity used to be listed as an impairment in the SSA’s blue book listing of impairments. However, it was removed in 1999. At the time, the reasoning was that many individuals who are obese (defined as having a body mass index of 30 or higher) have the ability to lead productive lives that includes gainful employment.

In fact, it’s a condition experienced by one-third of adults and 17 percent of children (78 million and 12 million, respectively).

Not all of them are going to be able to get benefits.

You can still obtain disability benefits for obesity. But the administration is going to base the decision on whether your limitations are equal to those in other impairment listings, or whether it causes or significantly contributes to other listed impairments.

This is where the AMA’s ruling can help tremendously.

It means that patients are more likely to be having these discussions with their doctors. Previous research has found that more than half of all obese patients have never been informed by their doctor that they are obese. Declaring obesity a disease means that doctors have a professional obligation to diagnose and treat it. The sooner a person is formally diagnosed, the more extensive the documented medical history, which is critical in SSDI claims.

The new designation is also associated with a steep incline of obesity-related diseases over the last three decades. Cardiovascular disease, Type 2 diabetes, stroke, joint disease, and certain cancers (breast, colon, esophagus, kidney, pancreas, gallbladder and thyroid) – all of which are partly or largely attributed to obesity – cost some $150 billion in medical expenses. Projected increases could result in raising that figure by an additional $550 billion over the next two decades, according to a recent study by Duke University.

Earlier medical intervention will hopefully mean that these costs, as well as federal disability rolls, will eventually level off.

But in the meantime, this ruling could mean more claims citing obesity will ultimately be approved.