Chronic obstructive pulmonary disease, which refers to a series of diseases that cause airway blockage and breathing problems, is the third-leading cause of death in the U.S., according to the U.S. Centers for Disease Control and Prevention. 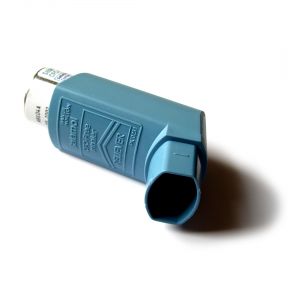 And yet, our Boston Social Security Disability Insurance lawyers know that rarely will you see a “march for the cure” crusade or a campaign with colored ribbons and corporate sponsors. There is a stigma associated with these conditions and a sense that somehow, people with COPD deserve it.

Medical professionals say there is this sense that “you did this to yourself,” and therefore your suffering is less worthy of aid.

It’s true that smoking accounts for most cases of COPD in this country. However, we should first of all remember that those who are now suffering from COPD didn’t have all the information we do know about the dangers of smoking when they started. It was frequently advertised not only as cool, but in some cases outrageously even as a healthy stress-reliever.

Also, many cases of COPD are under-diagnosed and under-treated, according to the director of critical care medicine at the University of Texas Medical Branch in Galveston. He was recently interviewed by the New York Times regarding his latest research on COPD patients. The study, published in the American Journal of Medicine, indicates that the number of hospitalizations for COPD patients has dropped off significantly.

Researchers say this translates to overall better care for COPD sufferers. These individuals are frequent hospital patients, particularly when their diagnosis is compounded by also suffering from other diseases simultaneously, such as diabetes, heart disease and osteoporosis. The average COPD patient is known to be admitted to the hospital up to three times annually.

What the Texas researchers recently analyzed was the experiences of more than 190,000 patients between 1999 and 2008. What they found was that overall hospitalizations fell by nearly 20 percent. Among those with two or more acute exacerbations that required hospitalization, the number had dropped by nearly 25 percent.

It’s not a matter of fewer people being afflicted with the disease. While it’s true that reduced rates of smoking will eventually lead to this, we’re not there yet.

Rather, we’re looking at a situation where people have access to better medications, better treatments and doctors who have an overall more comprehensive understanding of how to improve patients’ lives.

Other factors that may have led to some reduction in the hospital rate for COPD patients is increased use of the flu vaccine, as well as legislation that has helped reduce exposure to second-hand smoke – both of which could serve to aggravate someone’s COPD.

Still, even with these improvements, there are many with COPD who have been rendered unable to work. The Social Security Administration does list COPD as a disabling condition, with the impairment listing detailed in Section 3.02 Chronic Pulmonary Insufficiency.