Addiction is a powerful and often fatal disease that affects more than 20 million people in this country each year. 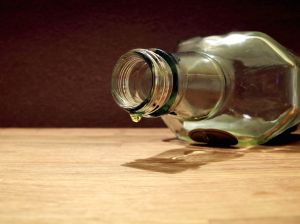 There is no question it is a clinical medical condition and yet, our Boston Social Security Disability Lawyers know that obtaining benefits for it can be quite difficult.

The administration has ruled that while beneficiaries can’t be denied solely on the basis of their addiction, they can be denied if the foundation of the claim is predicated on the addiction.

Potential effects of addiction include: anxiety, depression, paranoia, major organ damage (heart, kidney, liver, brain), seizures or strokes, respiratory problems. Any of these consequences may involve irreversible damage that would qualify a person for disability payments. Some of these conditions may be permanent, regardless of whether you are able to quit. And that’s ultimately what the administration is after.

While it seems like a fairly straightforward explanation, in practice, administrative law judges and reviewers were too often finding it difficult to separate the addiction from the condition, as both were often innately intertwined.

That’s why effective later this month, the administration has announced the passage of Social Security Ruling 13-2p, replacing SSR 82-60 with regard to addiction evaluation.

Rather than expecting evaluators to arbitrarily determine whether a person’s addiction is material to the condition, the agency has spelled out a list of flow-chart guideline questions for reviewers seeking to make an accurate determination.

So the questioning starts with whether the individual in fact has a drug or alcohol addiction. If the answer is no, then the issue is moot.

If the person is deemed to have an addiction, the reviewer must decide whether, considering the entirety of the situation, the person would be considered disabled. If not, the claim would be denied.

If, however, the answer is yes, the question then becomes whether the addiction in and of itself is the only addiction. If it is, that’s the end of the road, and the claim will be denied.

If it’s not, the next question is whether the other impairment is disabling just by itself, even while the individual continues to abuse alcohol or drugs. If the answer is no, then that means the addiction is material to the claim and the claim will be denied.

If the answer is yes, but it’s not clear to what extent, the final question is whether the condition COULD improve to the point of a non-disability if the person stopped abusing substances. If so, the claim is denied. If not, it will be granted.

The bottom line is that to obtain benefits on the basis of an addiction-related condition requires you to reach a high threshold, one that you are unlikely to prove without the assistance of a skilled SSDI attorney.