In a recent blog entry, our Boston Social Security Disability Insurance Lawyers mentioned the release of the DSM-5, which is the latest version of the American Psychiatric Association’s Diagnostic and Statistical Manual of Mental Disorders. 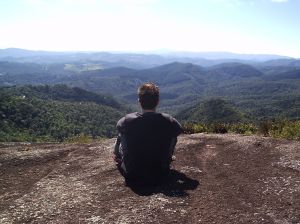 It was a controversial document before, made even more so by a number of changes from the previous edition, issued back in 1994. Our understanding of both the brain and mental disorders has evolved since then, so it makes sense that we would want our official reference materials to reflect that evolution.

In this three-part series on the new DSM-5, we want to focus less on the controversy and more on the key changes that have arisen. Specifically, we want to note the DSM-5 alterations that could have an impact on future SSDI claims in Massachusetts and across the country.

The DSM-5 is integral in SSDI cases because psychiatrists and other medical specialists rely heavily on this document when diagnosing and treating patients with mental illness and emotional disorders. Some of those involve organic brain dysfunctions, but the guidelines also offer direction with regard to many less objectively quantifiable conditions. SSDI reviewers and judges will in turn take into account the professional opinions of those psychiatrists and other mental health specialists.

To point out the key issues of relevancy, the APA issued a 19-page Highlights of Changes to make it easier to identify the major differences.

Let’s start with Neurodevelopmental Disorders. One of the bigger changes under this subsection deals with Autism Spectrum Disorder. This is a new name that reflects modern scientific consensus that four previously-separate disorders – autistic disorder, Asperger’s disorder, childhood disintegrative disorder and pervasive developmental disorder – are in fact all part of the same condition, although each displays differing levels of severity. As it now stands, the level of severity of an autism spectrum disorder will determine one’s eligibility for benefits. The exact details are defined in Social Security Impairment Listing 12.10, Autism disorder and other pervasive developmental disorders.

Generally, one would need to show deficits in reciprocal social interaction, deficits in verbal and non-verbal communication and markedly restricted repertoire of interests and activities, as well as marked restriction of daily living, difficulties maintaining social functioning or concentration and repeated episodes of decompensation.

Another neurodevelopmental disorder definition that has changed slightly is the one for attention-deficit-hyperactivity disorder. One of the key changes in this entry is that it eliminates the requirement that a diagnosis be made in adolescents or earlier. A diagnosis of ADD or ADHD alone probably won’t be enough to secure SSDI benefits. However, in conjunction with other conditions, it could certainly contribute to one’s diminished work function. The fact that we have expanded the timeline of diagnoses may bode well for some SSDI applicants.

Similar expansions were made for those with Schizophrenia Spectrum and other psychotic disorders. For example, someone with schizophrenia need no longer indicate “first-rank auditory hallucinations” to qualify for the condition. A first-rank auditory hallucination is one in which two or more voices are conversing. Additionally, sufferers need no longer prove that their delusions are “bizarre.” The APA said there had been poor reliability in distinguishing the difference between “bizarre” delusions and “non-bizarre” delusions.

In our next entry, we’ll discuss DSM-5 changes made for Bipolar and related disorders, as well as those for Depressive and Anxiety Disorders and Obsessive-Compulsive disorders.