In most cases, diagnosis of mental disorders are the result of highly-educated guesses. 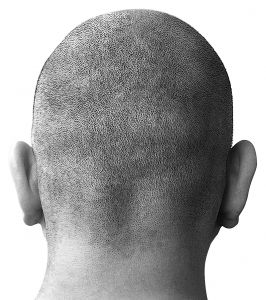 It’s for this reason that our Boston Social Security Disability Insurance attorneys know that it can be so tough to get an approval for federal benefits on the basis of one of these conditions.

Disorders like depression or bipolar are no less real – or less debilitating – than cancer or paralysis. However, they are undoubtedly tougher to prove.

Usually, psychiatrists rely on the standards as set forth by the American Psychiatric Association’s Diagnostic and Statistical Manual of Mental Disorders when determining a diagnosis. In turn, the Social Security Administration ends up also relying heavily on these same standards when determining the severity of the condition relative to an individual’s ability or inability to continue working.

Recently, the APA updated its manual – the first update since 1994 and the fifth edition since its inception in 1952. As such, it’s being referred to as DSM-5.

It contains a detailed list of psychiatric disorders that are used as a guide not only for treatment by the health care system, but also for insurance coverage and disability claims.

With so much at stake, revisions have naturally been met with a firestorm of controversy – despite the fact that it took some 1,500 experts, thousands of patient interviews and more than a decade to compile.

However, all of this has sparked a greater discussion over whether the medical community at-large is truly doing enough to research and understand these conditions and how often we we might encounter misdiagnoses.

The director of the National Institute of Mental Health has written that while the changes made to the new manual were mostly “modest alterations,” the problem is – and has always been – that this manual, like the field itself, lacks the same kind of scientific credibility that the biological medical field holds.

As one psychotherapist was quoted as saying, not a single diagnosis in DSM is going to hold up to the standard that we apply to medical diseases.

That’s because our understanding of medical disorders is not rooted in biological markers like blood counts or some objective laboratory test. Instead, it stems primarily from the professional consensus on what clusters of symptoms may be indicative of certain diseases.

For this reason, the mental health institute two years ago founded a program that would finance research in the fields of genetics, neuroscience, biology, cognitive science and other disciplines that would ultimately help scientists to identify a disorder by its cause, rather than by its symptoms.

The new system would ultimately be termed the Research Domain Criteria.

But herein is the underlying problem: Our brains are incredibly complex. Breaking down function into simple markers that would identify mental health conditions is something that could be many, many years off.

One good start was President Barack Obama’s recent announcement to dedicate some $100 million in the next fiscal year budget to a new brain research initiative. This may seem like a lot, but it’s actually a fairly modest sum, as far as research goes. Some say that he would need to pledge $300 million annually for the next decade to have any real impact.

But again, this is a start.

The ultimate goal is to learn how the brain generates perceptions, thoughts, memories, dreams and other mental images, how it stores and retrieves so much information and how it learns.

Hopefully, this will provide a solid foundation to try to more easily identify mental health conditions through biological indicators. Ultimately, this would help boost success rates for SSDI claimants with mental disorders.

For now, Social Security disability examiner’s and administrative law judges will continue to rely on DSM standards – and the arguments made by your disability representative.