There has been a lot of news lately about the Social Security Disability Insurance (SSDI) program and the Supplemental Security Income (SSI) programs, which are both facing a major budget shortfall. It is estimated that if Congress does not agree to reallocate funds from the Social Security retirement system by the end of 2016, the program will be out of money and unable to operate at full capacity. 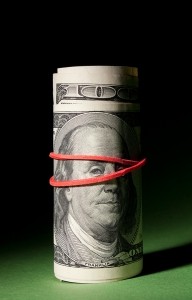 In other words, by late 2016, over 9 million Americans will have their Social Security disability benefits cut by nearly 20 percent. Many of these disabled Americans will not be able to make ends meet or take care of themselves and their families with only 80 percent of their benefits. It should be also be noted, the system was designed so people could not make as much sitting at home and collecting benefits, so even at 100 percent of their benefits, a disabled individual is only making around two thirds of what they made before becoming disabled.

According to a recent report from Bloomberg, the program itself has various issues that should be corrected, aside from seeking money from Congress.   First, the author looks at the history of the Social Security disability program. The United States Social Security Administration (SSA) and the Social Security Retirement program was already up and running, as it had been created by Roosevelt as part of the New Deal plan to get out of the Great Depression when Eisenhower added a disability benefits program in 1956.

When Eisenhower created the disability program, he said it was to be run “efficiently and effectively,” and it was designed to rehabilitate people with disabilities, so they could return to employment. Jumping ahead 60 years to the present, the SSA currently has over a million rejected applications pending appeal, and only collects about 75 percent of the money it pays out in tax revenue. There are currently 11 million Americans on disability, according to this article, and, two years ago, only one percent all 11 million recipients left the program and went back to work. The SSA is also facing insolvency by the end of next year.

One of the problems with data like this is that politicians who are seeking major reforms to the SSDI and SSI programs often use it. Some want to cut out the program entirely, and others want to overhaul the program but refuse to release a detailed plan of what this reformation will look like or how it will be accomplished. Essentially we have a lot of politicians making stump speeches on the campaign trial about the problems with the disability program without coming up with any answers. However, as our Boston disability attorneys understand, none of the systemic change will help the millions of Americans currently receiving disability benefits and the millions of Americans who will need benefits in the future.

One of the best things you can do if you plan to apply for SSDI or SSI benefits is to speak with an experienced attorney as soon as possible, because there is no telling what will happen to new applicants if the budget is not fixed.