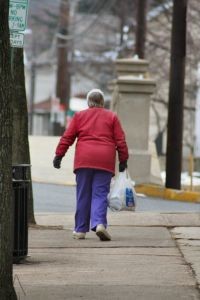 SSI is designed for disabled children of low-income families and blind or disabled adults.  This program is different from the Social Security Disability Income (SSDI) program that is designed for people who have worked long enough to earn quarterly credits to qualify for disability benefits.

As our Boston disability attorneys can explain, when another a person (usually a family member, but it can be a court appointed guardian) applies on a disabled claimant’s behalf, this is known as representative payee situation under SSA regulations.  This is permissible in some situations, but there are strict requirements that must be met.

In this case, he said she should be his mother’s representative payee because he takes care of her, and she lives in his home.  On the application, he signed an agreement that he would notify the SSA should his mother no longer be living under his care.  The reason for this is because he should not still be collecting her benefits if he is not looking after her. There is a requirement that a person no longer be living with the representative payee for a period of 30 days to trigger the notification requirement.

On three occasions, he said his mother was still living in the United States and lived in his home when required to provide updated status to SSA. However, SSA and the Office of the Inspector General for SSA was concerned of potential fraud and began an investigation, which included an interview of the representative payee.  He told investigators that his mother still lived with him and had lived with him full time.  However, SSA pulled airline records and learned that his mother had just returned from Puerto Rico, the day prior to this fraud investigation interview.

He was told that he could be held liable for every time he lied to investigators, but he denied lying and insisted that his mother still resided with him and was not at any point living in Puerto Rico. He claimed she was only in Puerto Rico for five days, but the airline tickets showed she was gone for several months. When faced with this, he said she was only there because her mother had died and was not ever living there. She wrote a letter to investigators saying she was not there that long, but again, the agency referred to the travel records.

It was determined at an SSA hearing that he deliberately misled the agency.  The agency then sued him, and he was fined over $100,000.  He appealed but did not do so within the required 30 days and gave no reason why he did not request an extension. For this reason, appeals board refused to grant him a hearing.  He then appealed to the United States Court of Appeals for the Seventh Circuit, and that court affirmed the refusal to grant an appeal, because he was late, had not asked for an extension, and did not give any reason for failing to do so.

Crespo v. Colvin, May 31, 2016, United States Court of Appeals for the Seventh Circuit