A recent series of stories aired on NPR’sThis American Life and Planet Money has certainly generated a great deal of conversation. 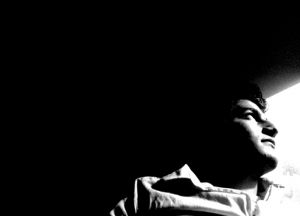 However, our Boston Social Security Disability Insurance lawyers are disappointed to say that much of what the series did was continue to perpetuate misconceptions and stereotypes about this vital program that in reality allows tens of thousands of disabled Americans to avoid spiraling into the depths of poverty.

We aren’t the only ones to take issue with the series. Others taking aim are Media Matters, the Center on Budget and Policy Priorities and the Paralyzed Veterans of America – as well as a letter signed by more than 100 organizations who work on behalf of those living with disabilities.

While the station has defended its reporter and denied any factual errors. But, although the reporter never came out and said that a large number of those who receive disability payments are lying about it, that’s exactly what her tone seems to convey. This is not only offensive – it’s wrong and harmful.

We are not so naive as to say fraud doesn’t happen at all or that people who don’t truly need disability insurance have received it through deceptive means. But the Government Accountability Office has delved into this issue numerous times and found fraud has not been a major problem for the agency.

This kind of insinuation is harmful because it makes the process inevitably more stringent for the majority who do have legitimate disabilities who already must endure a lengthy and rigorous process in which the cards are often stacked against them. Doing so while they also try to stay afloat financially and cope with their illness is incredibly overwhelming.

For as long as the story was, it never seemed to address the difficulty of this process and how long it takes. While the reporter harped on the fact that 14million people receive disability benefits, there is no mention of the fact that just 40 percent of those who apply actually receive it – and that is usually only after years of applications, exams, hearings, etc.

The reporter calls SSDI a “deal” that people have “signed up for,” one in which they agree to essentially be poor to never have to work again. Of course, this statement assumes that these folks have a choice about whether to go on disability.

The reality is, most would return to work in a heartbeat if they could. Disability is not a program for people who don’t like work. It’s a lifeline for those who CAN’T work.

For all of the series’ critiques of those receiving disability benefits, the reporter never even attempts to scratch the surface of trying to answer the question of what would happen if all of those people receiving SSDI suddenly no longer did. What would be our costs then financially, socially, culturally, morally?

This would have in turn raised some important questions about things like the quality of our health care system, the safety of our workplaces and the the healthiness of our overall lifestyles. It would have prompted questions about the lack of preventative care, prenatal care and early intervention that might have made a difference in conditions that have since become severe enough to warrant disability payments.

When we start asking the right questions, we can finally begin to uncover real solutions.