The SSDI backlog is likely to worsen, even as there already exists an extensive wait for processing Social Security Disability Insurance claims, a new Bloomberg report speculates. 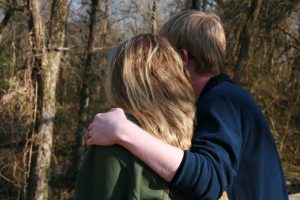 As it now stands, a typical appeal for an SSDI denial takes more than a year to be heard by an administrative law judge.

The president of the ALJ union told Bloomberg that people waiting to have their SSDI appeals heard are “desperate.” This is not an exaggeration, particularly when you consider that people are continuing to get older and sicker, in addition to more people incurring new injuries.

There are approximately 1,650 judges in charge of requests to review SSDI claims that have been denied.

As of last spring, the average wait time was 526 days to have a claim processed, according to the Social Security Administration’s inspector general.

More than 1.1 million people are waiting on a decision for their eligibility benefits for the program, which provides income support to individuals under the age of 60 who are disabled and unable to work. In order to receive benefits, claimants must have worked for at least some period of time paying into the system.

The number of beneficiaries of the program has grown substantially in the last few years, owing to a number of factors, including a steadily aging baby boom generation. Older persons are more likely to suffer some type of long-term disability. What’s more, those in the baby boom generation are living longer than ever before.

In 1990, approximately 2.5 percent of working-age Americans received an SSDI check. Fast-forward to 2015, and that figure had doubled to 5 percent.

Last year, officials with the SSA announced their intention to help improve the expedience of the process and planned to ask Congress to bolster their number of judges up to at least 1,900.

However, that request is, at best, now on the back burner with Trump’s executive order. The federal civilian employee hiring freeze was one of the first of a flurry he issued upon entering the office. The order did exempt those agencies and staff that are necessary for public safety and national security. However, SSDI administrative law judges don’t fall into that category.

What’s more, the Office of Management and Budget is required to develop a plan within three months that outlines ways in which the office can shrink. That plan would be expected to go into effect once the hiring freeze expires, though it’s not clear when that would be. Given that Trump is looking to shrink, not grow, numerous federal government agencies, adding another 200-plus judges doesn’t seem likely in the near future, even as the number of people seeking SSDI benefits grows.

The judge’s union representative opined that the freeze would worsen the backlog of appeal cases.

An SSA administrator appointed under former President George W. Bush was quoted by Bloomberg as saying that slashing SSA resources – particularly in the SSDI department – will be “pretty devastating.” He noted that while he doesn’t agree with the judge’s union on many issues, he does concur that the hiring freeze is going to greatly worsen the backlog. Already as it stands, some judges are working long hours, some of the time not being compensated.

We could see people routinely waiting two years or more.

For those who are mulling whether to file for SSDI, what this means is that the very first application will be all the more important. Avoiding an outright denial, if it at all possible, could help you avoid that excruciating wait. Hiring an SSDI lawyer will help ensure that your application is properly and timely filed with all relevant and appropriate evidence.