The widower of a Wyoming woman who lived just 11 weeks after being given a cancer diagnosis is fighting to fulfill a promise he made to his wife before she died.

He is throwing his full support behind the recently-introduced S. 1311: Expedited Disability Insurance Payments for Terminally Ill Individuals Act of 2013. 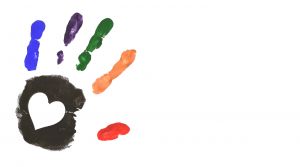 This measure would expedite the waiting period for federal disability benefits for those suffering from a terminal illness.

Our Boston Social Security Disability Insurance lawyers know that there is a Compassionate Allowance list that allows for fast-tracked benefits. However, for those who may suffer a terminal condition not expressly on the list, Social Security anti-fraud rules hold that claimants have to wait at least five months.

In the Wyoming widower’s case, his wife would have been entitled to a monthly benefit of $754 for the last three months of her life, as her condition had rendered her unable to work. However, she died before that five month waiting period was over. In the end, her widower received a lump sum death payment of just $255.

As she laid on her death bed, she asked her husband if he might work to change the law so that those with a diagnosis of terminal illness could side-step that five-month rule and receive faster benefits.

To be sure, the payments aren’t substantial. But they can help to somewhat ease a family’s transition in the wake of such a devastating emotional and financial blow.

Her widower calls his efforts “The Good Fight.” He aptly points out that those who would be collecting SSDI have been paying into it their entire adult lives. People don’t expect or plan for a terminal illness. They often need all the money they can get.

He has written and called numerous state legislators seeking some kind of remedy for this issue. He even started an online petition. He contacted labor unions, American Indian tribes and others, hoping to apply ample pressure on Congressional leaders.

Recently, the Michigan Legislature passed a resolution encouraging Congress to change the rule.

The Wyoming Legislature had been considering a similar resolution this session, but it was not voted on prior to the session being adjourned.

Then, on July 17, a bi-partisan bill was by two Republican Senators from Wyoming and a Democratic Senator from Ohio. The Expedited Disability Insurance Payments for Terminally Ill Individuals Act of 2013 calls for a phased-in payment of Social Security Disability Insurance for those who are still in the waiting period after being diagnosed with a terminal illness.

The measure would allow for 50 percent of estimated benefits to be awarded during the first month after diagnosis and 75 percent the second month and each month thereafter until the five-month waiting period is up.

Sponsors of the bill say it doesn’t undermine the whole underlying goal of the waiting period, which is reduction of fraud. Rather, it ensures those who deserve and need it most will be compensated in a timely fashion.