Want to avoid being killed as a result of a serious injury?

Live in a large city. 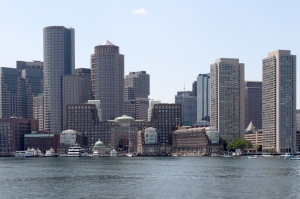 That’s the advice offered up by researchers whose work was published late last month by the American College of Emergency Physicians.

Our Boston Social Security Disability Insurance attorneys want to make it clear that no matter where you are injured – on the job, at home, in the city or on a farm – you may be eligible for federal disability benefits. Unlike workers’ compensation, your benefits won’t be impacted by whether your illness or injury was a direct result of your time on the job. Rather, what matters is whether your condition has rendered you unable to work for a year or more.

We recognize that avoiding illness or injury in the first place is the preferable option, but we also know that, according to the Social Security Administration, 20 percent of all working Americans will suffer a disability at some point during their lives. For some, it’s temporary. For others, it’s permanent.

For all, these researchers found, the risk is higher the farther you live from the city.

The scientists examined some 1.3 million deaths from injury in more than 3,000 counties across the country, stretching from 1999 through 2006.

Counties were classified on a 10-point scale, based on whether they were considered more urban or rural or something in-between.

The most common causes of death by injury were:

The risk of both became more marked the more rural the setting.

Car accidents were almost three times as likely to occur in rural areas as in cities, the report indicate.

Of course, this is not to say that urban life is without its risks or that those who live in large cities don’t suffer crippling or even fatal injuries.

The exceptions to the rule of higher rural risk were fall-related injuries, poisoning and homicide – all of which were found in greater abundance in areas where people live closer together.

The criteria for obtaining SSDI in Massachusetts is less about how you were hurt and more about the effect of that injury.

There are one of several ways you can qualify. One is to look at the Social Security Administration’s “Blue Book” listings of impairment to determine whether your condition is listed there.

For example, let’s say you suffered a broken arm (humerus, radius or ulna) in a car accident. If that fracture required surgery to restore functional use to that extremity and it failed to do so or function is not expected to be restored within 12 months, you would be eligible for benefits under SSDI Listing 1.07.

But even if your condition isn’t specifically listed in the Blue Book, you may still qualify if you can prove your condition is functionally equivalent to one of these conditions. That is, the ultimate outcome is that you are unable to work.

It’s often not an easy thing to convince the administration of this. Having an experienced SSDI lawyer helping with your case can exponentially improve your chances.