Anyone who has ever gone through the Social Security Disability claims process administered by the United States Social Security Administration (SSA) knows it can be a daunting task. This is especially true of those who decide to try to get benefits without the assistance of an experienced disability attorney.

Basically, the system is set up in way to deny valid disability claims and take advantage of unrepresented claimants’ lack of experience with the system. 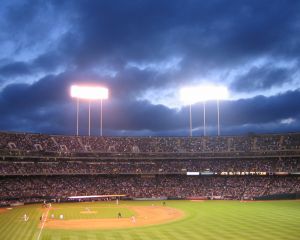 According to a recent article from Fox Atlanta, former Major League Baseball player Brian Doyle, who played second base for the New York Yankees during their winning bid for the 1978 World Series, is saying it was easier to win the World Series that it is to get approved for Social Security disability benefits.

Despite his exceptional performance in the 1978 World Series, the utility player had only racked up a .161 batting average over the span of his career and retired from playing three years later to work as a coach. Several years after his retirement from playing, Doyle was diagnosed with leukemia. While his cancer went into remission, he was left with various debilitating conditions to his legs and upper extremities he says was a result of the chemotherapy and other treatment.

After two less-than-successful neck fusion surgeries, Doyle applied for Social Security Disability Insurance (SSDI) benefits in 2013. As our Boston disability attorneys can explain, workers have a portion of each paycheck withheld to fund the SSDI budget. If you have paid into the system for the requisite number of quarters and become disabled, you should be entitled to Social Security disability benefits, but the application and approval process is anything but quick and easy.

Doyle says after he applied for SSDI benefits, SSA denied his application. At this point, doctors had recently diagnosed him with Parkinson’s disease. Doyle applied again for what he terms a cruel waiting game. In his state, it can take as long as nine months before any decision is made on the initial application. Like the Commonwealth of Massachusetts, that initial decision is more often than not a denial.

Once an application is denied, it can take up to three more months for a written appeal to be reviewed. If the first appeal is denied, claimants can request a hearing before an administrative law judge (ALJ). It takes on average 500 days to get a hearing before an ALJ. In other words, it takes an average of two and half years for an ALJ to hear the claim of a person desperately in need of benefits now.

Doyle is still waiting for his hearing, while living off a small pension from his short MLB career. Many former players of his generation made nowhere near the millions of dollars players make today or even the league minimum of around $500,000 per year, as it currently stands. For example, the league minimum in 1978 was around $21,000 with the league average at around $97,000 – a figure including salaries of the highest paid athletes of the year.