The Social Security Administration has made it very difficult for applicants to qualify for disability benefits through either the Supplemental Security Income (SSI) program or through Social Security Disability Insurance (SSDI). Although these programs both are paid for by taxpayers and are supposed to provide necessary financial support to the disabled, the denial rate for applicants is greater than 50 percent. 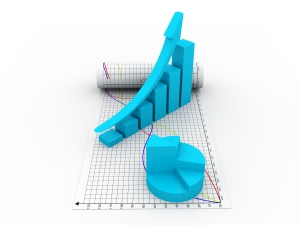 Boston disability lawyers know that those who are denied benefits have four stages of appeals that they can pursue so their claims can be reconsidered. One of these stages of appeal is to have a case heard by an administrative law judge (ALJ). The ALJ presides over a benefits hearing in which the disabled applicant can make an argument for why he is entitled to benefits and in which an SSA representative can make an argument for why the benefits claim should not be approved. Appeals at this level are sometimes successful, but there is no guarantee of this success and many people are still denied.

Despite the high denial rate, however, the Social Security Administration is now making plans to crack down on administrative law judges as some argue that their alleged “generosity” towards granting benefits has resulted in the disability benefits program expanding too much and heading towards insolvency. The SSI trust fund could be bankrupt as soon as 2016, resulting in a need to make major changes including potentially cutting the benefits of the disabled so that the benefits can be paid for with new income coming in. Some believe that making changes to the way the SSA oversees administrative law judges could help to solve this problem.

According to the Wall Street Journal, there have been several widely publicized cases in recent months of individuals defrauding the disability system and of judges being overly generous in granting applicants benefits in administrative appeals of disability claims denials. This is especially a problem in rural areas, where the disability benefits approval rate could be as much as 80 percent higher in some locations than the national rate.

The Journal also indicated that certain administrative law judges were awarding benefits to as many as 90 percent of claimants who had appealed benefits denials, while others were denying more than 80 percent of appeals. This was resulting in widespread discrepancies in who was actually approved for benefits depending upon where they lived and which judge heard their appeal. The current system is also allegedly resulting in too many claims being approved, even when they aren’t necessarily legitimate, if the claims were heard by judges who were “too generous.”

To resolve this problem, the Social Security Administration is rewriting judicial job descriptions and rewriting the rules related to ALJs. Instead of the judges having “complete individual independence” in deciding cases, the new rules will clarify that the judges are “subject to the supervision and management” of the SSA. This could result in judges becoming stricter and approving fewer claims.

While it is a good idea to have some levels of standardization to ensure that there is not such wide variation among different judges, it is important that any efforts to crack down on problems focus only on outliers who are approving far too many or far too few claims. Qualifying for benefits is already hard enough for many disabled individuals and hopefully the SSA’s changes to how judges are supervised will not make it even more difficult for those who are disabled to get the benefits that they need.

If you are considering filing for SSD benefits in Boston, call for a free and confidential appointment at (617) 777-7777.