In Greek v. Colvin, a case from the United States Court of Appeals for the Second Circuit, claimant suffered from diabetes mellitus type one (Juvenile Type One Diabetes) and has not managed to keep the disease under control. As a result of his uncontrolled diabetes, doctors considered his condition to be “brittle diabetes.” 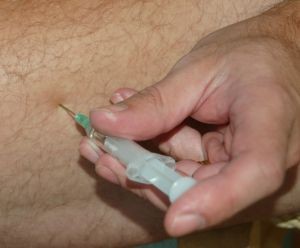 As complications, or secondary conditions, to the unchecked diabetes, claimant also suffered from memory loss and an altered mental state. These two secondary conditions were directly related to swings in blood glucose levels. The first doctor to submit an opinion in connection with claimant’s Social Security Disability Insurance benefits application began treating claimant for diabetes in 2007. This doctor noted claimant was not able to manage his diabetes in a way that would prevent serious complications from occurring.

As our Boston Social Security Disability Insurance (SSDI) benefits attorneys can explain, it is often helpful to have more than one treating physician submit an opinion or testify at hearing before an administrative law judge (ALJ). The reason for this is because the United States Social Security Administration (SSA) will have doctor the agency hired examine claimant or claimant’s medical records and present an opinion if claimant is disabled. This is supposed to be an independent medical examination, but, in reality, this is a doctor hired by SSA and almost exclusively testifies in favor of a finding claimant is not disabled. While they would not likely admit their respective judgment is compromised by the agency, they tend to side with a denial, so they will be given more work with claimants in the future.

In Greek, claimant went to a second doctor in 2009 and was given essentially the same diagnosis as the first, but the second doctor used the term “brittle diabetes,” which claimant used in his application.   This doctor also submitted an opinion. Claimant went back to the first doctor, and after serious concerns about suboptimal glucose levels and increased mental health problems, recommended an insulin pump be used on claimant.

Claimant filed an application for Social Security disability benefits shortly after this, and his application was denied. He filed a timely appeal and was eventually granted a hearing before ALJ.   The doctor testified claimant was disabled for three reasons – the brittle diabetes, memory loss, and hypoglycemia with confusion. She testified claimant was 100 percent disabled.

A so-called vocational expert (VE) testified at the hearing as well. VE testified that, while claimant could not perform any of his past jobs, such as hardware sales manager at an auto parts company, he could perform light work as a janitor or dishwasher.

The ALJ then asked several hypothetical questions to VE about whether claimant could still work at jobs in the national economy if he was “off task” for around two hours a day. The VE answered claimant would not be employable. Despite the answers to ALJ’s own questions and the credible testimony of claimant’s doctor, ALJ found claimant not to be disabled.

The United States Court of Appeals concluded there was no basis for ALJ’s findings, and any basis that might exist was not explained by ALJ as required. For this reason, the denial was vacated.