Hall v. Colvin, an appeal from the United States Court of Appeals for the Seventh Circuit, features an opinion written by Judge Posner.

Judge Posner is an appellate judge who typically drafts opinions rather critical to administrative law judges (ALJ) who denies an application for benefits, despite obvious evidence claimant is disabled and entitled to benefits. 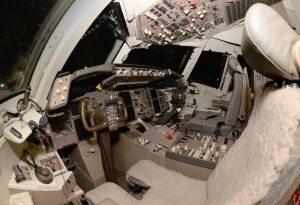 In Hall, claimant applied for Social Security Disability Insurance (SSDI), and an ALJ denied his claim. Claimant was an aviation mechanic discharged from military service in 2001. He suffered an ankle injury, and the Veteran’s Administration determined claimant to be 70 percent disabled, and, “more importantly” to Judge Posner, to be unemployable in any substantially gainful employment and therefore “totally disabled.”

He had undergone a great deal of testing by various medical professionals between 2005 and 2010, and they diagnosed him with torn ligaments, obesity, fibromyalgia, possible arthritis, and back problems. He testified at his hearing before ALJ he could not sit for more than a half hour or stand for more than an hour. He was incapacitated for at least six days a week, and could not take care of his children when his wife was at work without asking his father for help. When his was home, he was forced to lie down with heat and ice packs to help with his pain, and took painkillers, which made him drowsy.

During his hearing, a vocational expert (VE) testified if claimant’s allegations were credible, he would be totally disabled, but otherwise he could work as a hand packer or ticket taker. ALJ concluded claimant was severely impaired, but not totally disabled. She also expressed skepticism about the effects of his pain medication, disbelieving they made him drowsy. She also gave “little weight” to his doctor’s testimony about claimant’s pain because he had only seen patient three times. She found it strange he not seen the doctor more frequently. Claimant testified it, as it is well known, it is very hard to get appointments at the VA. This was not convincing to ALJ.

Unfortunately, as Boston disability lawyers see all too often, ALJs routinely discredit testimony that does not help them deny benefits. It is for this reason you should consult with an experienced disability attorney as early in the process as possible.

On appeal, judges concluded ALJ’s finding were not at all consistent with evidence before her and stated her denial could not stand. The case was reversed and remanded for further proceedings consistent with their opinion claimant was totally disabled.