Securing a Social Security Disability Insurance judgment is not an simple or swift task in most cases. 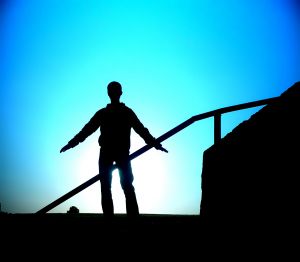 Not withstanding reports of judges rubber-stamping disability awards, our Boston SSDI lawyers know the process tends to be lengthy, convoluted and draining for those involved. It’s also worth it in the end for those who need it.

Some of the more difficult cases we take on include those where a person claims disability on the basis of a mental disorder, as listed in the Social Security Bluebook listing in section 12.00. The fact that such listings exist at all is a testament to how far we’ve come as a society in our view of mental health, particularly the organic nature of many conditions such as schizophrenia, bipolar disorder, affective disorders and depression.

Still, that does not mean the administrative law judges are apt to approve these claims without substantial proof. Such claims are still met with a fair amount of skepticism.

A good example of this was illustrated recently in the case of Hill v. Colvin, where a long-haul trucker sought disability benefits following his diagnoses of numerous affective disorders, including bipolar disorder, depression, anxiety and adjustment disorder.

After working as a trucker for six years, he quit, citing the stress. He indicated he had violent feelings toward his immediate and extended family, and he struggled to interact appropriately with others.

Following his diagnoses, he was prescribed a host of medications, which both he and doctors indicated had a positive impact on his behavior and mood.

Still, he maintained his illnesses left him unable to work. His application for SSDI was denied, and he sought review from an administrative law judge.

The ALJ noted the five-star system used to evaluate disability claims. Those include:

The ALJ denied the claimant’s bid for benefits, indicating he could still work as a truck driver. Although he was advised by doctors to have limited contact with the public, supervisors and co-workers, the claimant provided no evidence that such contact would be routine while working as a trucker.

Several more appeals followed, ultimately landing the case before the U.S. Court of Appeals for the Eighth Circuit. The court affirmed the administrative law judge’s findings, pointing to the fact that the claimant had presented no evidence that he was incapable of working as a trucker. His condition had improved with medication, doctors indicated he had a cooperative attitude and good eye contact and the work did not require a high level of skill or interaction with other people.

We recognize that just because a condition is not visible does not make it any less valid. We consider it our job to make the administration’s representatives see why your case deserves approval.