After years of fighting the Global War On Terror, there are more disabled veterans living in America who can no longer work and are no longer in the armed forces. Many of these disabled veterans are receiving benefits from the United States Veterans Administration (VA), but these benefits are not enough to make ends meet. Many of these veterans are asking whether they can apply for Social Security Disability Insurance (SSDI) benefits while also collecting VA benefits. A recent article from PBS deals with this issue. 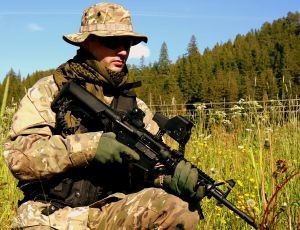 The article focused on a question from a person currently collecting VA benefits. He said the VA awarded him benefits with a 100 percent disability rating in 1994. He went on to say that when he applied for Social Security Disability Insurance benefits, he was told he didn’t qualify, because he was already collecting VA benefits. Veteran said he accepted what they told him and didn’t pursue his case any further. He did feel bad about that fact that he had even bothered them by asking about benefits. However, he also felt a little upset, because he had paid into the system since he was 16 years old.

Paying into the system is a common expression used to describe the process of earning money and paying taxes. Some taxes withheld from your paycheck are for standard income tax for the state and federal governments.   However, some of the money withheld from your paycheck goes to the United States Social Security Administration and to fund the Social Security Disability fund and the Old Age and Retirement Fund.

The amount of money you have paid into the system is then converted to quarterly credits. You will need a certain number of quarterly credits to qualify for Social Security Disability Insurance (SSDI). This is a somewhat complicated question and there are several factors that go into the calculation. Your Boston Social Security disability attorney can assist you in figuring out if you have sufficiently paid into the system, and he or she can also assist you in determining the best way to present your claim for disability.

The disabled veteran said he heard from a relative that it wasn’t true that receiving VA benefits would disqualify him from also obtaining Social Security Disability Insurance benefits.   He called back, and this time he was told he was not eligible for benefits, because he had not worked in the previous five years and thus did not have enough quarterly credits.   This should not come as a surprise, because he is disabled.

As it turns out, he was given bad advice back in 1994. He is allowed to apply for SSDI benefits, even though he is already receiving VA benefits. In his current predicament, the first thing he will need to do is to establish that he had worked within five years of being considered disabled by the VA. If this can be established, he may be entitled to benefits.   There is also the issue of receiving a determination that he is actually disabled, since the VA and social Security Administration use a different definition for being disabled.

Do I qualify for both V.A. benefits and Social Security disability benefits?, October 17, 2015, PBS, Laurence Kotlikoff