Singer Nick Cannon recently opened up about a bout of kidney failure he suffered last year that was diagnosed as stemming from a form of lupus. 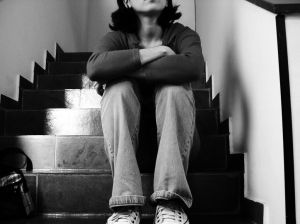 In an interview with Rolling Out magazine, Cannon called the episode “crazy,” saying doctors were preparing for a possible 50/50 chance of survival and that the entire ordeal has given him a new perspective on life.

Our Boston Social Security Disability Insurance lawyers know that while many who suffer from lupus, an autoimmune disorder, are able to manage it, there are some cases so severe that they may render an individual unable to continue working. In these severe cases, SSDI benefits may be appropriate.

Lupus is a chronic inflammatory disease in which your body’s immune system turns and attacks your own organs and tissues. It can affect numerous body systems, including your kidneys, heart, lungs, brain, blood cells, skin and joints.

Usually, this is a tough condition to diagnose because the symptoms so often mirror other conditions. One of the most distinctive signs of lupus, a butterfly-like rash unfolding across both cheeks, doesn’t always occur in every case. Some people may be born with a tendency to develop the condition, but they might only realize it once they are exposed to certain drugs, infections or sometimes even excessive sunlight.

It’s estimated that 1.5 million Americans suffer from the disease. There is no known cure for the condition, but a lot of times it can be managed with anti-inflammatory drugs, immune suppressants and avoidance of certain triggers.

However, for some people, it’s not that easy and the condition refuses to significantly subside.

Section 14.02 of the SSDI blue book listings allow for disability benefits to be awarded to some of those suffering from lupus. In order to qualify under this listing, an individual has to meet the following requirements:

Even if you don’t technically meet these requirements, you might still be able to qualify if you can prove that your health problems caused by lupus have rendered you unable to work. The administration is going to look at your residual functional capacity, or in other words your physical, mental and sensory limitations that could negatively impact your ability to work.

We are here to help.