A working group at the National Cancer Institute has recommended sweeping changes in the way we detect, diagnose and treat cancer. 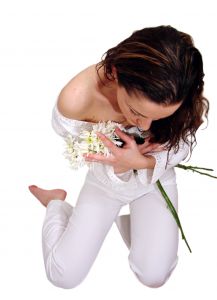 Our Boston Social Security Disability Insurance attorneys have some concerns regarding these recommendations, particularly as they relate to diagnoses. We know that while many cancer patients are eligible for federal disability benefits, those who aren’t given a definitive medical diagnosis may be at a substantial disadvantage when it comes time to apply for this financial help.

While these folks may still qualify for benefits, based on how their medical condition has affected their day-to-day functions, not having all the proper paperwork could negatively impact their chances. Even if these individuals are later diagnosed, the delay could mean a significant delay in benefits.

The position taken by the NCI working group, published in the July 2013 edition of the Journal of the American Medical Association, was that the word “cancer” be eliminated entirely from certain common diagnoses.

For example, there are some premalignant conditions, such as a form of breast disease known as ductal carcinoma in situ, that most doctors concede is not actually cancer. The working group says that the condition should be renamed by eliminated the word “carcinoma” so that patients are less afraid and less likely to seek out treatments that may not be necessary and that could be potentially harmful. In the case of ductal carcinoma in situ, that could mean removal of the breast through surgery.

The group also contends that many of the lumps and lesions found during cancer screening exams for lung, thyroid, prostate and breasts should not be called cancer. Rather, they should be labeled as “IDLE” conditions, which is short for “indolent lesions of epithelial origin.”

The group holds that the word “cancer” should be strictly reserved for describing those lesions or lumps or tumors that have a “reasonable likelihood” of killing you if left untreated.

We can certainly understand that doctors don’t want their patients to panic. However, there are other ways to accomplish that, and there are many medical experts who disagree with this new radical approach being proposed. Just because a disease isn’t lethal doesn’t mean it doesn’t have the power to significantly impact your life and well-being.

The research was born out of the fact that our ability to detect these conditions has advanced at a rapid clip. This is important because early detection of rapidly-advancing cancers is often key to survival. What this also means is that slower-moving cancers, which might not have been detected with the technology available even just a few decades ago, are now visible.

The working group says that once a patient knows there is a cancerous growth, they are apt to want to act on it, even if it is unlikely to cause them significant harm for many years.

But shouldn’t it be the patient’s choice to make an informed decision? By calling cancer anything other than what it is, would the medical community be putting patients at a disadvantage?

Look at Actress Angelina Jolie, who recently chose to go public with her decision to have a double masectomy because she learned through genetic testing that her risk of breast cancer was extremely high. She did not even have cancer, and made the decision to be treated proactively. Having lost her mother to cancer at an early age, it was a risk she did not wish to take.

Not everyone has those kind of resources – or that kind of insurance. But stripping people of a cancer diagnosis, when there is clear evidence that this is what they have, may also rob them of the choice to take proactive measures.

According to the American Cancer Society, half of all men and one-third of all women in the U.S. will develop cancer at some point during their lives. We are not talking about a minor-impact decision.

At the very least, we hope that any such changes will not be rushed.